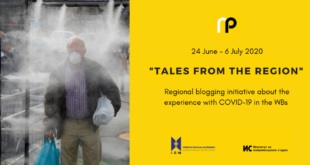 COVID-19 in Albania: democratic governance put to the test

COVID-19 in Albania: democratic governance put to the test 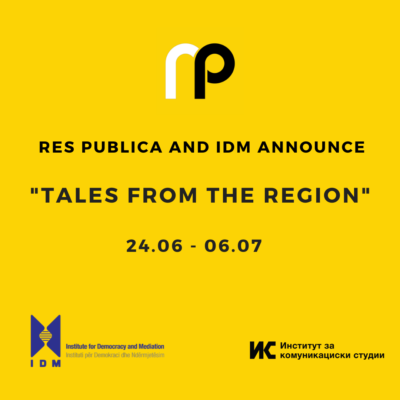 *This blog is published as part of the regional blogging initiative “Tales from the Region” on the experience of western Balkan countries with the COVID-19 Pandemic, published between 24 June 2020 and 6 July 2020. The initiative is coordinated by Res Publica (North Macedonia), in partnership with the Institute for Democracy and Mediation (Albania), Analiziraj.ba (BiH), KIM Radio (Kosovo), Sbunker (Kosovo) the civic initiative „Ne Davimo Beograd“ (Serbia) and PCNEN (Montenegro).

COVID-19 was met with a quick response by the Albanian government, yet, it presented opportunities for the Executive to expand its power by sidelining criticism, dominating public perception, disrupting institutional checks and balances, and ignoring due democratic process.

Dealing with the Pandemic

On 9 March 2020 Albania recorded its first two cases of COVID-19; two individuals returning from Florence. By July 1, Albania’s official data report a total of 2580 cases, of which 1516 have recovered, 65 patients have died, and 999 cases are still active. In total, 23869 people have been tested.

The Albanian government took a series of steps to prepare for the crises, as shown by some of the internal orders issued by the Ministry of Health and Social Protection, although the public was not made aware of many of them. Some of the preemptive measures included: guidance on preparing against a potential COVID-19 spread (24 January), the establishment of a temporary committee and a Task Force to prevent the spread of Covid-19 (31 January), the preparation of a fully functioning quarantine service (26 February), halting the export of essential medical supplies (8 March).

Other courses of action involved dedicating additional facilities and resources for Covid-19 patients, closing schools, limiting public gatherings, restricting freedom of movement, and limiting various non-essential businesses such as barbershops and clothing stores. The government issued a normative act on 11  March, which amended the Law on the Prevention of Infectious Diseases to enable the deployment of the Armed Forces to enforce these measures alongside the Albanian State Police before declaring the state of natural disaster as per constitutional provisions. The state of natural disaster was declared on 24 March and was extended on 23 April by the Assembly up until 23 June 2020, thus continuing to impose limitations on the freedom of movement, the right to work, and the right to hold strikes.

On 30 April the government began to loosen some of the quarantine restrictions by establishing more “green” areas and limiting freedom of movement only during weekends. Restaurants and bars opened on 18 May and by 1 June, the government opened all land borders, public beaches, and other businesses; however, sporting and cultural events with large crowds remain cancelled for precautionary purposes. Between 2 and 14 June, Albania recorded a steep increase in the number of Covid-19 patients, for which the prime minister declared he is considering reinstating quarantine restrictions – no further action was taken in that regard. Yet, it is worth noting that in this short two week period, Albania registered 426 new cases of COVID-19, roughly 27% of all cases.

With the growing number of COVID-19 infected people, public opinion shifted in favour of government action. The government’s swift response was also applauded by the World Health Organization. However, citizens and small businesses remained sceptical of the government’s financial support plan – from financial compensation for unpaid workers to reducing taxes for small businesses.

Due to the unpredictability of the financial market during the COVID-19 crisis, banks have restricted loan-giving to small businesses. Some shops remain closed, other businesses have declared bankruptcy, and many business owners believe the recovery will be slow. The tourism sector is likely to suffer the most due to widespread travel restrictions, many of which are ongoing.

According to the World Bank, Albania’s economy will shrink by 5-6% and unemployment might permanently increase by 25% if the crisis persists throughout the summer, and up to 45% by the end of the year. Experts believe that when taking into consideration the informal labour market, unemployment number may reach 100 000 by the end of 2020, particularly because the most informal sector in Albania is also the most affected – tourism.

The World Bank also forecasts that remittances are likely to decrease by around 20% and South-East Europe will be one of the most affected regions. This is bound to make the economic downturn in Albania even more painful.

In the midst of the quarantine, much has happened in the Albanian socio-political arena. First, on 25 March the European Council approved the opening of negotiations talks with Albania, provided that the country fulfils 15 conditions, among which the implementation of the electoral and justice reforms.

Second, the government issued normative acts to amend legislation to enforce COVID-19 restriction measures – by circumventing the decision-making process through the Assembly – and to restrict court proceedings to only urgent cases.

Third, the overarching institutional and constitutional crisis has disproportionately empowered the executive, while Albanian civil society’s attempts to curtail the government’s power have been futile. An open letter of Albanian CSOs criticizing the Penal Code amendments as disproportional and an affront to human dignity – as they aimed to punish the breaking of quarantine restrictions with up to 15 years in prison, – were ignored by the prime minister.

Fourth, the new anti-quarantine provisions included in the Penal Code enabled the police to arrest a few civil society activists protesting in Skanderbeg square. The enforcement of the provisions culminated in the forceful removal and arrest of actors and activists, who had occupied the National Theatre building to prevent its eventual demolition on 17 May. The demolition sparked peaceful protests throughout the day, whereas the police responded by arresting and beating protesters.

Finally, media coverage during the pandemic has largely favored the government which, experts argue, has monopolized “the content, framing and media space” during the pandemic. Consequently, the “state-of-war” rhetoric and calls to “protect [themselves] from the media” propagated by the prime minister, coupled with the shrinking space of public media, has led to reduced transparency and accountability in this period. No substantial investigations on the government response to the crisis and its institutional and technical capacities have been conducted. Attitude towards the government began to shift gradually after the violent response to the peaceful protests in response to the demolition of the National Theatre.

The amendment of the Law on the Prevention of Infectious Diseases through a normative act and the approval of the Penal Code amendments through an expedited parliamentary proceeding suggest that the Albanian government has exploited the conditions of the pandemic and the ongoing institutional and constitutional crisis to further expand executive power. Normative acts and expedited legislative processes have become the government’s modus operandi to amend legislation. These actions have effectively alienated Albanian civil society from the decision-making process by circumventing the public consultation process.

In all likelihood, the spike of new COVID-19 cases in the first 3 weeks of June 2020 will not instigate further major restrictions in Albania for two main reasons:

First, the immediate increase in the number of infected people had also been foreseen by Albanian health authorities, who believe the situation is manageable at the given rates of infection. For that reason, the Technical Committee of Experts has also concluded on 12 June that there would be no turning back if infection rates remain at the current levels.

Second, due to mounting pressure on the Albanian government from a declining economy, another lockdown would be overwhelmingly unpopular and damage support from citizens. Such decision would come at great political expense also because it would contradict the intent of many other European Union countries – the example of which tends to be followed diligently by the Albanian government – to prevent another quarantine at any cost.

The “new normal” is bound to be marked by uncertainty and fear as the threat of the virus looms in the background and cannot be eradicated. This feeling of insecurity is worsened as the focus of the government throughout the pandemic has been to show that the crisis is under control rather than to plan fundamental reforms for the country’s healthcare system and economy. Although the government moved swiftly to build the medical infrastructure to respond to the pandemic, new cases whose source traces back to medical facilities indicate that strict protocol has not been implemented. In addition, the economic recovery of the country will be challenging. The measures taken by the government to respond to the economic crisis have been meagre, while the recent closure of a manufacturing plant by the health inspectorate after five employees tested positive suggests that there are no substantive measures to prevent further economic distress.

The government must better communicate with the public. The public must be informed on the nature of the healthcare and economic challenges that lay ahead in order to trust and respect the mandatory preventive measures. Simultaneously, the government must strengthen the enforcement of preventive protocols – especially in healthcare facilities – ensure that it is equipped to handle a second wave without reinstating quarantine provisions, and build trust with the public through greater transparency and accountability.

About the authors: Alban Dafa is a researcher of governance and security at the Institute for Democracy and Mediation. His work focuses on Albanian security and defence institutions, and EU accession-related governance reforms. Before joining IDM, he served in the Albanian Naval Force as a patrol boat commander, navigator, and junior hydrographer. He is a graduate of the United States Naval Academy and Chevening alumni.

Redion Qirjazi is our Security Program Manager. His work focuses on defence, terrorism, conflict resolution, violent extremism, public sector integrity and good governance. Redion is a graduate of the United State Military Academy (West Point) and has previously served as an officer in the Albanian Army for 7 years, to include a combat tour in Afghanistan. He is a Rotary Peace Fellow and a Chevening Scholarship recipient through which he graduated with an MA in Applied Security Strategy from the University of Exeter.