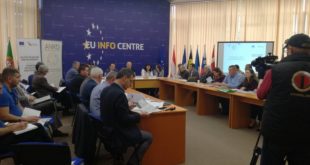 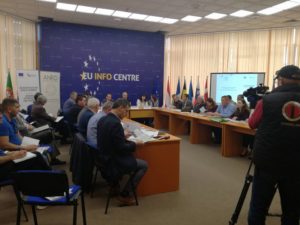 Tirana, April 12, 2018 – Three civil society organizations, representing also the initiating and founding members of the Albanian Network for Rural Development (ANRD), since February 2018 have started the implementation of a three year project, financed by the European Union. The project “Consolidating the role of the Albanian Network for Rural Development toward a functional model of participatory and bottom-up perspective in national rural agenda” is implemented by Institute for Democracy and Mediation (IDM Albania), in partnership with AgriNET and AgroPUKA, This project builds upon their shared vision for civic participation in the rural policymaking.

To officially launch the project, as well as to create enthusiasm for its start and active participation of different interest groups through its implementation period, the implementing organizations organized the kick-off event “Networking for participatory rural development”, on April 12, 2018, at the premises of EU Info Centre Tirana. The event aimed to present the so far accomplishments of the Network advocacy efforts and the ANRD’s role future vision. Over 50 participants, representatives of ANRD member organizations and other civil society organizations, representatives of local and national authorities, donors’, experts and other interested actors attending this meeting. EU Delegation representatives and high officials from the Ministry of Agriculture and Rural Development greeted the event.

The opening speech was addressed by Mr. Hroni, IDM Executive Director, and at the same time ANRD Chairman, who among others envisaged: “Today, we start a second journey, which focuses on strengthening the Network philosophy at local level, and the decentralization of the rural parliament based on the four regions. He highlighted that “the project aims to capitalize the experience not only of the rural development civil society organizations, but also to the specific and isolated initiatives, which are many, to include them in the rural development processes.” 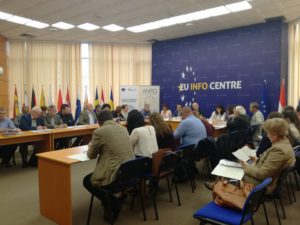 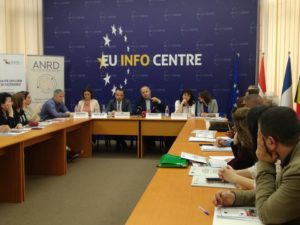 Ms. Nadia Kyuchukova, Programme Manager, EU Delegation to Albania, greeted the participants of the event as the project donor representative. In her speech she described the project importance on rural development emphasizing that “sustainable solutions of rural development problems don’t come from policies designed from the top, they require for these policies to be consulted on the ground, with local communities, through participatory approaches.”

Deputy Minister of Agriculture and Rural Development, Mr. Halilaj addressed at this very first event of a project that represents an important process for the consolidation and empowerment of the non-public sector to influence processes and reforms of rural development.  Among others he stated that “ANRD is one of our partners which has brought together relevant actors to advance the rural development government policies.” The ANRD National Coordinator, at the same time Manager of the project, made a general introduction on the project, focusing also on the principles guiding the mission and work of the Network.  This project aims to create mechanisms and tools which allow better participation of civil sector actors in the formulation and implementation of policies which impact the life of rural communities. Networking through ANRD is a mechanism to empower the voice of non-public actors and improve their contribution in these processes and reforms. For this reason, at the end of the meeting, Ms. Azizaj invited all participating guests to be part of meetings and activities which will be organized in this frame.