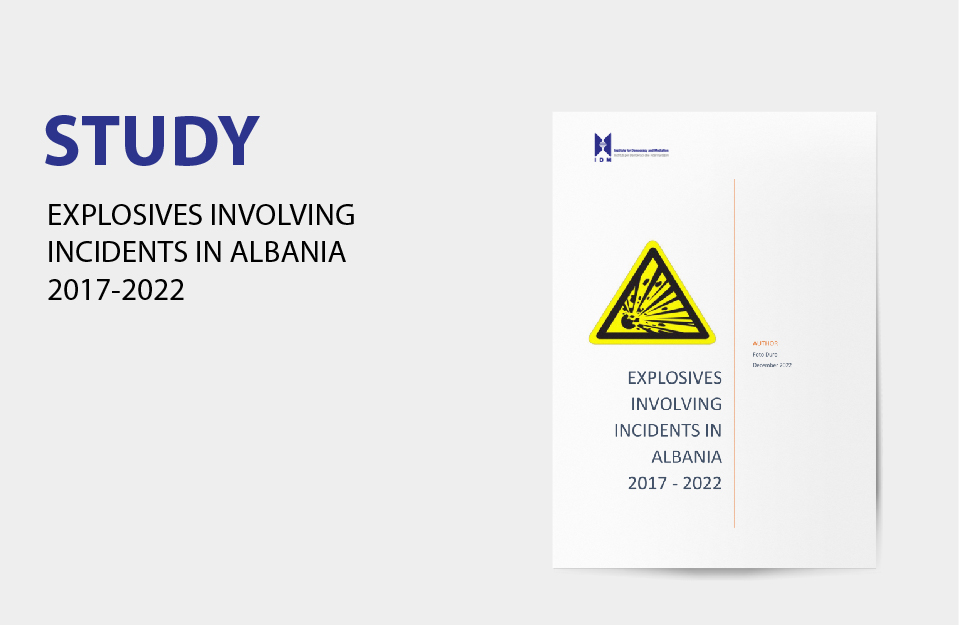 The following study focuses exclusively on explosive involving incidents taking place in Albania during a period from June 2017 till early December 2022. After highlighting the potential that the usage of explosives for criminal or/and terrorist purposes, by their very nature, possesses to create major problems against the targets (being them individuals, businesses or institutions) but also against the country’s security in general, the study analyses some characteristics of the explosives execution incidents in Albania, in terms of the most preferable techniques, used by the perpetrators, the geographical distribution of the explosive related cases, targets chosen, etc. On the other hand, the explosive seizure cases as well as arrests, by the police, of the explosive traders/traffickers, constitute another area of interest, elaborated in this study, due to the modus operandi of the dealers and the exploding devices preferred mostly in this market but, also for an obvious inverse relationship, as the statistics, provided in
the study suggests, between cases of explosives executed and those seized by the police. In addition, despite the official reports, which actually remain incomplete, statistics provided in this study shows a moderate increasing trend regarding explosive involving incidents in Albania (both executed and seized ones) which should be seriously considered and dealt with by the Albanian public security agencies. The last part of the study consists of recommendations for the necessary measures to be undertaken by the state and private organizations in order to increase the security for their staff and the whole population at large.