At the conference was launched the new publication written by BCSP  and monitored by KCSS entitled:  “The future of Civil Protection in North Kosovo”.

The process of dissolution of “Civil Protection” in the north, interlocks in its self a total lack of transparency by the Government of Kosovo, Government of Serbia and EU institutions.

The research presented in concise form and control support “civil defense” by the Government of Serbia and the discourse of recent months which resulted in the dissolution of this formation. However, the initial deadline show for the delay in the implementation of this agreement.

Research has identified a personnel of 751 members of formation “Civil Protection” main part of which was overcrowded during the past two years. Although, research has found that the agreement reached reflects the commitment of the Government to integrate the 483 members at Kosovo public institutions and it is still not clear where and how they will be deployed most of them.

While the arrangement of a small part of their fire units and the correctional service is clear, on the other hand there are uncertainties associated with their system in other public institutions. It is not known what are the financial capacities of the Government to integrate these members. Further, there is no clarity whether these members undergo any training program with the aim to increase knowledge of legislation and policies of the Republic of Kosovo.

In addition, lacking a plan for the reintegration of the remaining members (268) to civilian life or business, based on similar models in the past. The lack of a reintegration plan may have social security responses by dissatisfied groups. The research also identified that the agreement to dissolve the formation “Civil Protection” selectively affects only four municipalities in the north, while it remains unclear what will happen with about 200 other members of this formation to continue to be paid and work in central and eastern areas of Kosovo inhabited by Serbs.

The research team has provided a range of recommendations and alternatives for faster and better  implementation of the agreement on “Civil Protection”.

In the second panel were presented the findings of two surveys on Emergency Management and Regional Cooperation Opportunities from KCSS and IDM. At the conference researchers from both organizations emphasized that the Disasters and Emergency Management is one of the areas that necessarily requires the establishment of partnerships between countries, in order to reduce potential disasters and more effective management of them.

Researcher from IDM, Foto Duro emphasized that the loss from natural disasters in Albania cause loss of 2% of total GDP. He emphasized the need to take measures to prevent major losses by increasing awareness of citizens in educational institutions on how to protect themselves in case of any disaster.

KCSS researcher, Sofije Kryeziu emphasized that despite numerous challenges and problems that the fire departments faces,  they enjoy the trust of the citizens of Kosovo. From the results of the Kosovo Security Barometer (KSB) of the years 2012, 2013 and 2014 firefighters are evaluated among the most trusted security  institutions. In the past three years, the average of respondents who trust these units is about 65%.

In the survey Regional Security Barometer 2013, which was made in three states (Albania, Kosovo and Serbia) from the three organizations, respondents were asked whether in the case of natural disasters should accept help from each other. In the case of Kosovo and Serbia, from Kosovo respondents were more hesitant in accepting humanitarian aid from Serbia, in case of natural disasters by 48%, versus 45%, were in favor of receiving aid in case of a possible disaster. On the other hand, 59% of respondents Serbs would accept help from Kosovo, versus 57% of them from Albania. In the case of Kosovo – Albania, the numbers are different, where 96% of Kosovo citizens were in favor of accession by Albania assistance in case of accident.

In gjeneral Kosovo have a good cooperation with Albania. It has signed trilateral cooperation agreement with Albania as well as with Macedonia. So far, Kosovo has assisted Albania in case of disasters occurring in the last five years. Also in terms of professional training, a training organized jointly between the two countries, but also with other countries in the region. Cooperation between Kosovo and Serbia is lacking because of political issues. Although, Kosovo and Serbia have common interests on issues related to disaster management and risk, the complexity of the political situation makes cooperation more difficult.

The conference was attended by numerous of participants among them the Minister for Dialogue  in the Government of Kosovo, Edita Tahiri, who gave a brief presentation, as well as representatives from Embassies, Emergency Management Agency, representatives of civil societies, the media and students.

The publication on “Disaster Management and Emergency in Albania, Serbia and Kosovo and the potential for cooperation” will be launched soon on the web site. 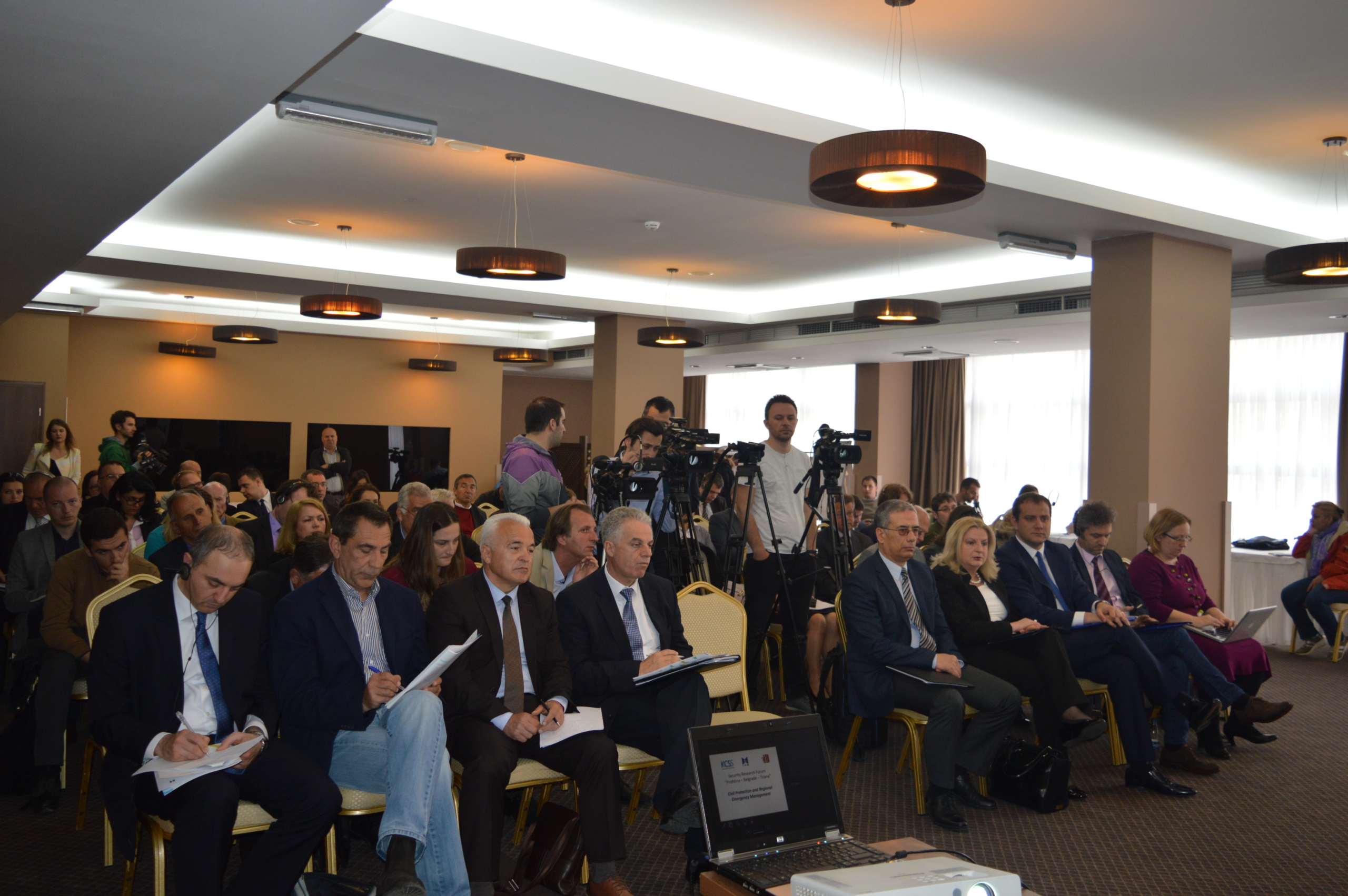 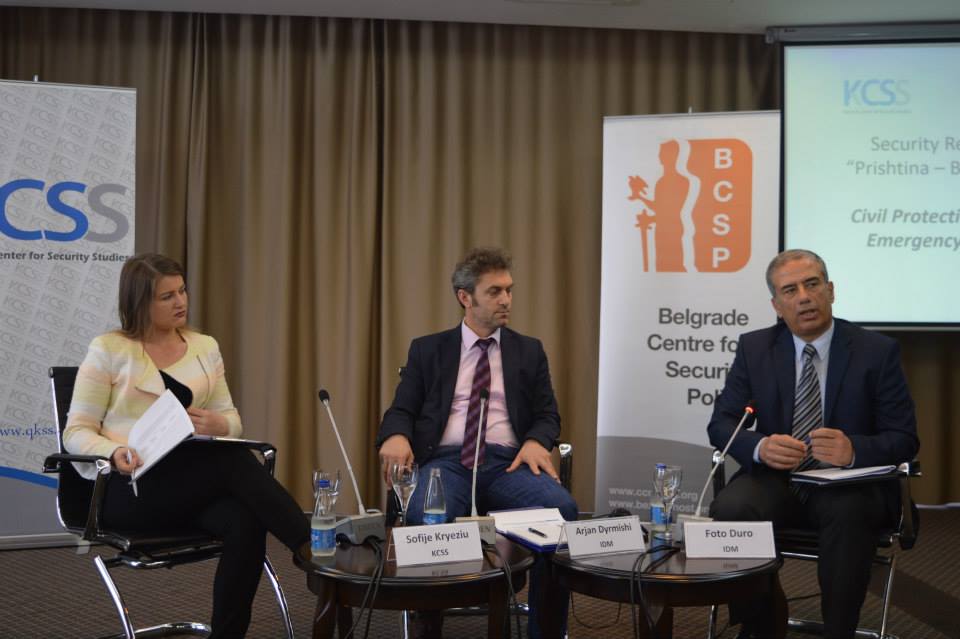 Presentations of the civic project: Engaging Communities in Civic Education in Albania 2018