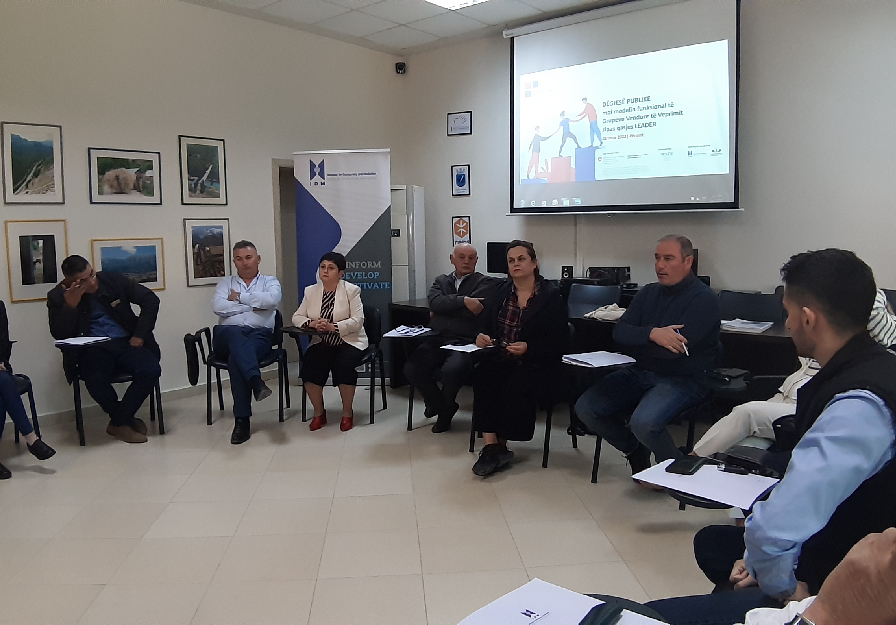 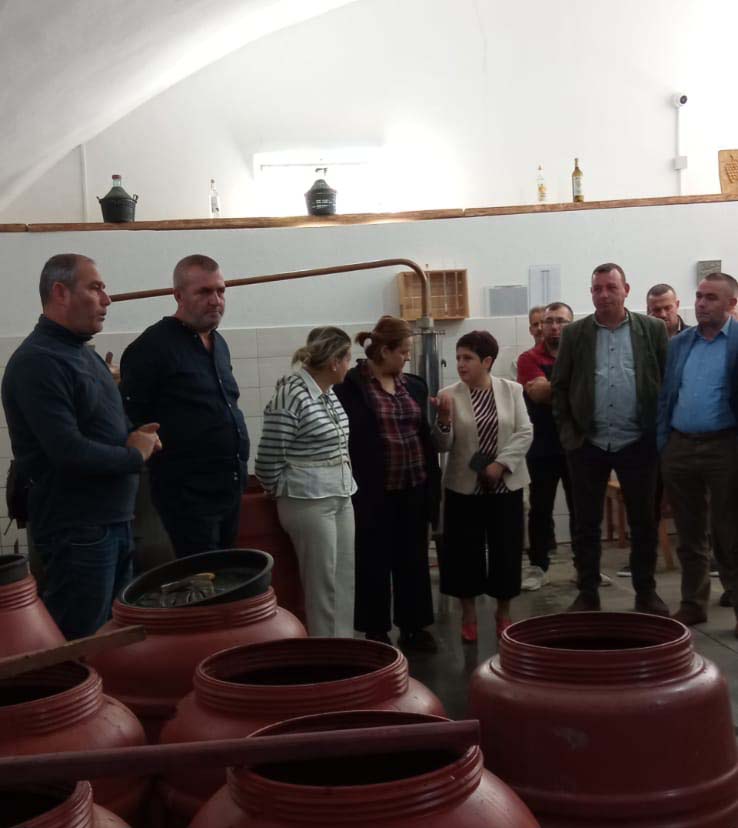 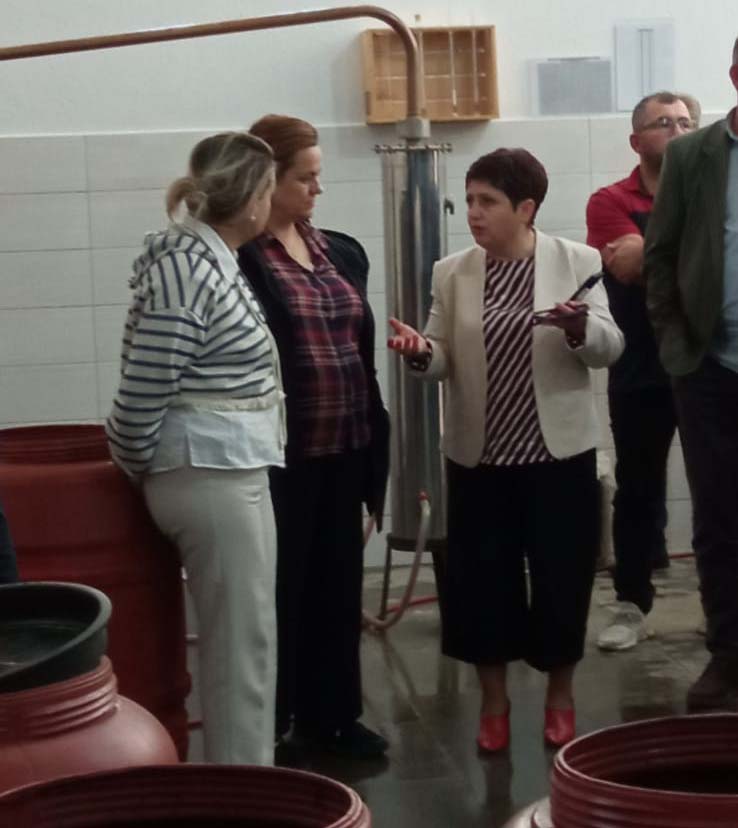 October 29, 2022 – In the framework of PACEP activities, IDM facilitated the organisation of a public hearing in Përmet on the functional model of Local Action Groups (LAGs) based on LEADER approach. This approach, which is supported by the Albanian Network for Rural Development (ANRD) and its thirty member organizations, aims at the revitalisation of rural communities for integrated development through their participation. The hearing aimed at mobilizing the political will to prioritize, support and promote the implementation of the LEADER approach, which has the potential to become a very important instrument for empowering local communities and driving them towards an integrated development.

The hearing brought together 45 participants who traveled from different municipalities of the country and who represented initiators and supporters of local Leader-type of initiatives from the business sector, civil society and state institutions. They presented their initiatives, discussed experiences, problems and the challenges they are encountering in setting up LAGs in their communities. The three vice-mayors of the municipalities of Përmet, Këlcyrë and Vlorë also actively participated in the meeting, who confirmed the commitment of the country’s municipalities to consider the Leader approach as an instrument for sustainable local development.

During the meeting, were shared the experiences of different groups that have already started/or are interested in creating LAGs according to the LEADER approach in the municipalities of Përmet, Këlcyra, Kolonje, Vlora and Elbasan, but also representatives from the municipalities of Vlora, Bulqiza, Durrës and Pogradec, who are in the first steps of creating LAGs and quite interested in hearing the experience of the most advanced groups. In this regard, the experience of Pro Përmet LAG served and helped the participants to understand the process, challenges and risks that accompany participatory and bottom-up oriented processes in the creation of LAGs according to the Leader approach.

All members part of a local partnership structure such as LAG in different municipalities consider the LEADER approach as an important instrument for the social and economic development of communities. State actors, businesses and civil society organizations, which make up a LAG, have undertaken integrated initiatives focusing on people and the well-being of their lives. The LAGs have helped in more effective networking of local actors in order to develop tourism, agriculture, cuisine, tradition and the development of the area as a whole.

The activity of LAGs in different municipalities has also had challenges during implementation in these years. The participants mentioned that the legal framework was clarified only recently (law no. 36/2022) and the existing LEADER type partnership structures should develop a process of harmonizing the statutes and structures to adapt to the new legal framework. Also, it was mentioned the importance and power that a LAG should have in the area where it operates, the funds that should be available for LAG projects, as well as the need for continuous investment to keep the group active and motivated. The participants highlighted the great need for information, capacity building, orientation and assistance to help where there is local leadership in animating the territory, mobilizing people as well as creating a local partnership structure such as LAG including the drafting of strategies of local development. But above all, the monitoring and commitment of the actors to the work of the relevant structures responsible for the implementation of the legal provisions is critical for the increase of accountability to the acceleration of the harmonization of the sector’s public policies with the EU Acquis in agricultural development and rural and, especially to community-led local development/Leader approach. The relevant structures in the Ministry of Education and Culture and other institutions including the Members of the Standing Committee on Production Activities, Trade and Environment should recognize the real situation of LAGs at the local level and support where there is local leadership in these challenging processes through greater engagement in networking activities and public hearings. For this, the functional models of LAG should be recognized that can serve as a model to share and promote similar initiatives in different communities. The Ministry of Agriculture and Rural Development and other public structures should coordinate the work and processes for the implementation of the Leader approach with the Albanian Network for Rural Development and its member organizations (which are part of Pro Përmet LAG, or represent initiators of local Leader-type initiatives) to encourage and support a national enterprise in this regard.

After the fruitful discussion and exchange of experiences, the meeting continued with a visit to the premises of the incubator of typical local products in Përmet, which is managed by Pro Përmet LAG. The incubator gathers and helps different producers of the area to process, store and sell their products. The participants had the opportunity to try different foods prepared by the beneficiary producers of the incubator.

Download the document, in Albanian only. Policy Brief: Functional Model of Local Action Groups according to the LEADER Approach

This activity was held in cooperation with the Institute for Democracy and Mediation (IDM), within the program “Support to Parliament and Civic Education in Albania” (PACEP) supported by the Swiss Agency for Development and Cooperation (SDC),Embassy of Switzerland in Albania implemented by the NDI Albania – National Democratic Institute– Instituti Demokratik Amerikan and the OSCE Presence in Albania.

IDM Statement on the political situation in Albania | March 2019