Elbasan, 8 May 2015 – For the second successive year the Institute for Democracy and Mediation is successfully implementing Project Citizen against Corruption with high school students with the intention to increase awareness in the fight against all forms of corruption. The project is funded by the USA Embassy in Tirana and supported by the Ministry of Education and Sports and Ministry for Local Government.

On 8 May 2015, students of high schools in Elbasan engaged in this project enacted typical corruption situations in different areas of activity in the country such as health, education, judiciary, etc. Addressing students and citizens, Ambassador Donald Lu said that corruption should be fought by an active and informed civil society. “Corruption is a burden to all of us and we want it to come to an end. One of the most powerful instruments is an active civil society. Students, NGO-s media and ordinary citizens must request the end of corruption. Courageous Albanians must say enough is enough!”, said the american ambassador.

Minister for Local Government Bledi Çuçi called upon citizens to react because, as he said, corruption cannot be fought by the government alone. According to him, civic education has a very important place in the anti-corruption strategy. “Corruption cannot be fought only by the government, judiciary and institutions. First of all, it is fought by the society and, unless we have a denouncing society, this phenomenon will always be with us”, said Minister Bledi Çuçi.

Students of Elbasan high schools participating in the project, funded by the American Embassy for the fight against corruption and impunity, proposed the introduction of an anti-corruption module in the civic education curriculum in order to educate responsible citizens who refuse and fight against this phenomenon. 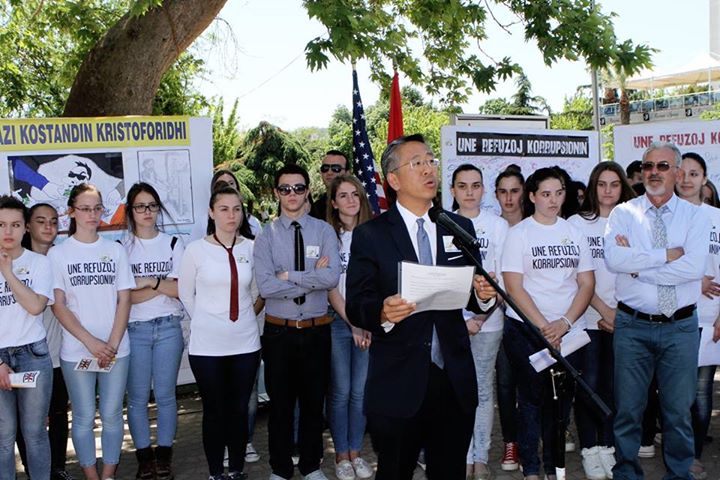 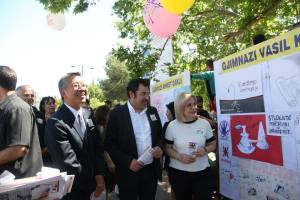 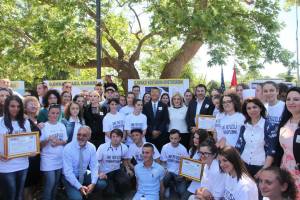