Presentation of the Opinion Poll “Trust in Governance 2016” 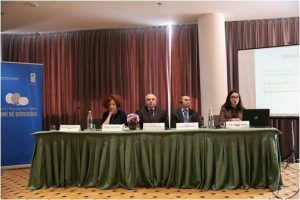 On February 7th 2017, IDM presented the findings of the Opinion Poll “Trust in Governance 2016” conducted during 12- 24 December 2016 across 61 municipalities of Albania. The Public Opinion Poll explores levels of public trust towards government institutions as well as citizens’ attitudes towards the performance of public institutions and service delivery.

Findings of the Opinion Poll show a relatively low level of trust towards public institutions, whereby only five out of thirteen (5/13) domestic institutions enjoy more than 50% of public trust. In an aggregate level, surveyed citizens are more trusting towards the Police (61%), Education system (59%), Religious Institutions (58%), Media (58%) and Armed Forces (55%).

The analysis reveals that over the past 4 years, that there has been an overall upward trend among the Albanian public regarding the extent to which they trust public institutions, notwithstanding the fact that administrative institutions are more trusted than representative ones. 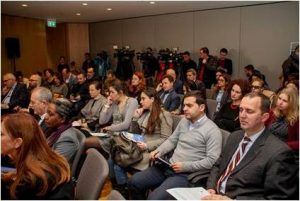 74% of surveyed citizens assess television as their most used medium. 35% of surveyed citizens do not think that the information provided by media is accurate and truthful.Concerning Justice Reform the public expressed hope in its potential, but concern about implementation. Even though 71% of surveyed citizens believe that if implemented accordingly, the Justice Reform will have a positive impact, only 46% believe it will be implemented correctly.
The UN Resident Coordinator & UNDP Resident Representative in Albania Mr. Brian J. Williams said: “This year, the survey gives grounds for optimism, but also for concern.  Overall, trust in Albanian institutions is low. For half of the twelve selected public institutions, trust remains below 50%. Nevertheless, it is encouraging that, despite the low levels, the trend is for trust to be slowly increasing. For example, survey respondents reported encountering corruption less often than before.  Only 10% reported to have personally witnessed corruption at central government level, and 15% at the local level, compared to last year where these levels were respectively 34% and 41%. And in the area of judicial reform, great expectations for change have been raised with last year’s events, whereby 71% of the respondents believe that the reform has the potential for positive change, if implemented correctly”.

The Head of the European Union Delegation to Albania Romana Vlahutin said: “71% of citizens believe that, if implemented properly, Justice Reform will have a positive impact. This is a great sign that citizens do understand what the reform is about and how it should make the quality of their life better. However, numbers also show that people are still very careful and waiting to see if they will be proven wrong in their fears that change is possible. 46% believe that Justice Reform will be implemented properly, while 42% think it will not… I understand the fear, and I understand the scepticism… But there is no place for fear, and there is certainly no chance to intimidate anyone who believes in the need that the people of Albania get the justice system and democracy they are entitled to”.

Experts at the launching event commented on the findings of the Opinion Poll, touching upon the main political, economic and social developments in the country and providing the necessary context for the audience to understand Opinion Poll findings. Discussions also focused on the trends of 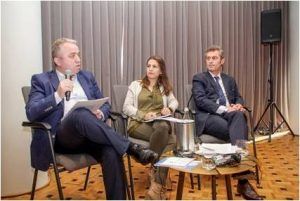 trust in public institutions in the last years, the establishment of the necessary mechanisms to strengthen the relationship between the government and citizens as well as the need to properly address the issue of corruption at all levels of society.

This Opinion Poll is conducted for the 4th consecutive year (2013-2016) based on a similar methodology, instrument and national coverage of 1647 surveyed citizens. This Opinion Poll is financially supported by the United Nations Development Programme in Albania.

Conference on Regional Cooperation in the Field of Justice and Security