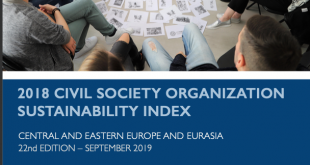 Presentation of the CSOSI 2018 Report for Albania | November 2019

Presentation of the CSOSI 2018 Report for Albania

The overall sustainability of the civil society sector did not change significantly in 2018, although slight improvements were noted in both the advocacy and financial viability dimensions. 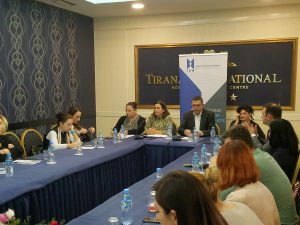 Tirana, November 22, 2019 – The Institute for Democracy and Mediation (IDM) organized the launching event of the findings of USAID CSO Sustainability Index 2018 for Albania at the premises of Hotel Tirana International in Tirana. IDM has been entrusted the task to prepare the report for Albania since 2010. Participants from the civil society, donor community, state actors and media representatives took this opportunity to discuss about the sustainability trends in the CSO sector.

Ms. Evelina Azizaj presented the report’s findings for Albania. Ms. Azizaj noted that slight improvements were made in both the advocacy and financial viability dimensions. Advocacy improved as a result of CSOs’ active support of socio-political developments, while financial viability improved slightly as smaller CSOs and CSOs outside of the capital had increased access to funds through sub-granting programs. Despite this improvement, Ms. Azizaj also noted that the financial viability remained the weakest dimension of CSO sustainability and continued to be marked by a lack of diversified resources, high dependency on international donors, and largely inaccessible public funds.

Present at the Panel Discussion was Ms. Arjola Agolli (Programme Director at Partners Albania) who 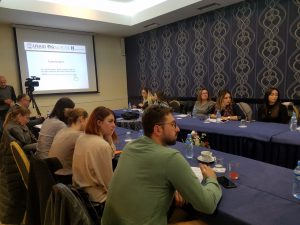 highlighted some of the challenges of the CSO sector in Albania regarding the lack of information on the side of the CSOs on the frequent changes of the legal and fiscal framework. In addition, the lack of VAT refund remains a problem. Also, the Ms. Agolli stated that the level of cooperation with the central and local government is poor.

Moreover, Ms. Xheni Karaj (Executive Director, LGBTI Alliance), focused her remarks on the importance of service delivery of the CSOs and called for enhanced support on this regard.

In his remarks Mr. Blendi Salaj (Journalist, A2 CNN) elaborated on the importance for CSOs to invest more on further improvement of the public image. In this respect, the allocated funds to CSOs should take into consideration the media promotion of CSO initiatives and projects.

Finally, Mr. Robert Gajda, Commissioner on Anti-Discrimination, emphasized that through the ‘know how’-transfer CSOs outside the capital of Tirana can be supported and strengthened in order to increase their contribution to local communities.

IDM has partnered with USAID and FHI 360 to produce the CSOSI 2018 for Albania.

Costs and Benefits of NATO Membership