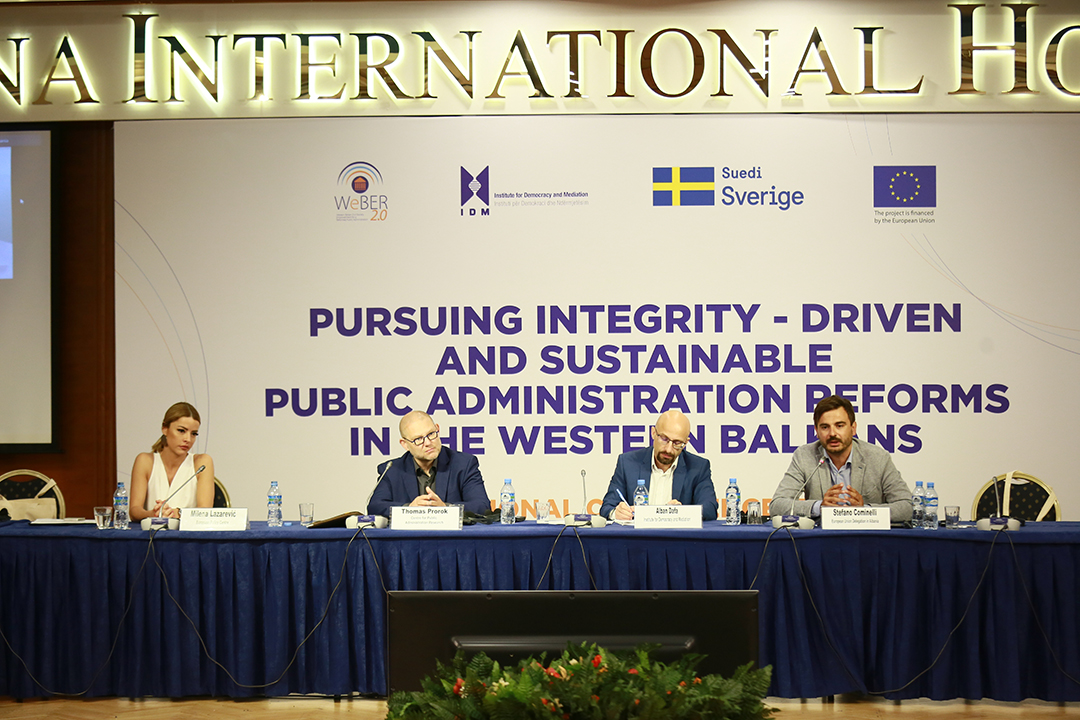 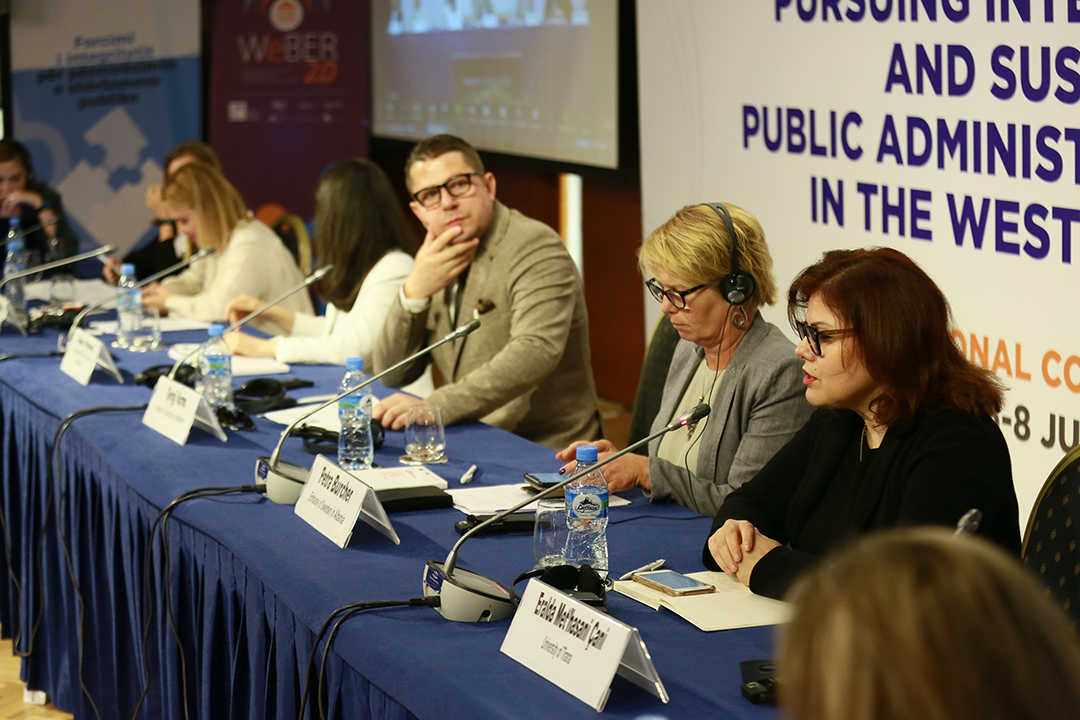 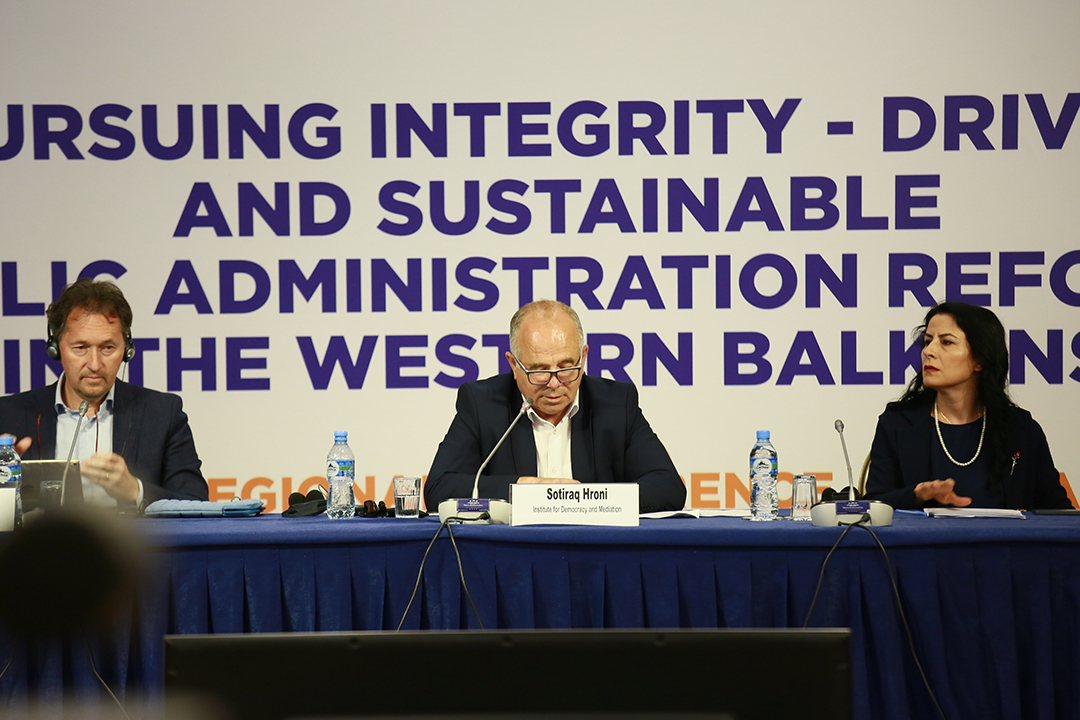 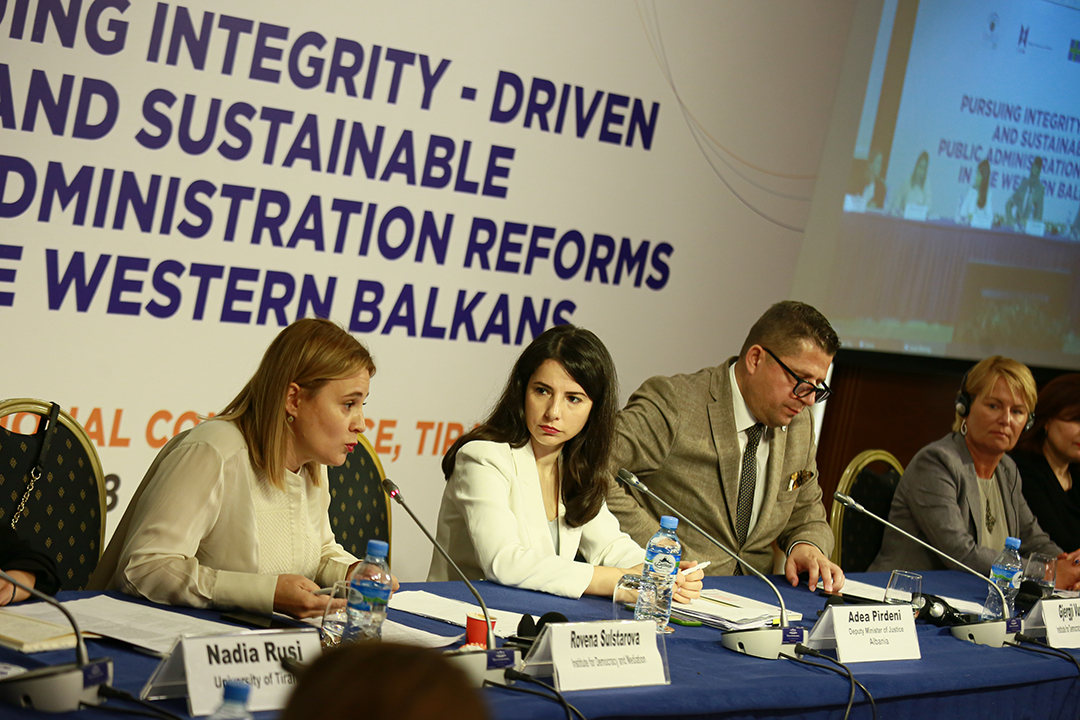 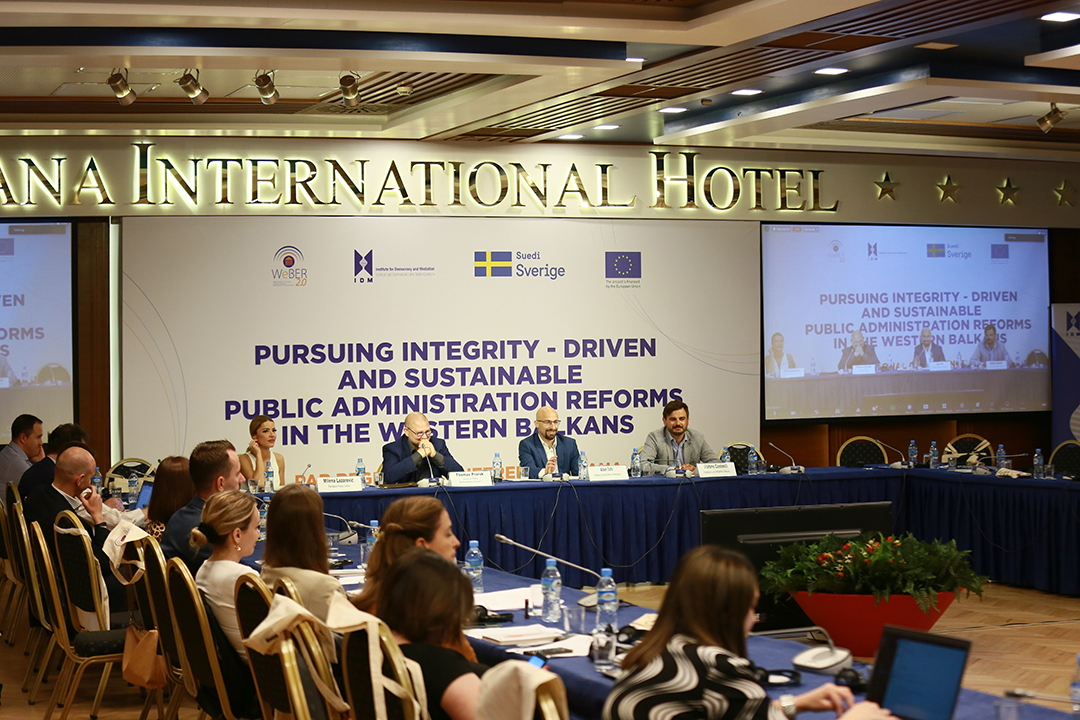 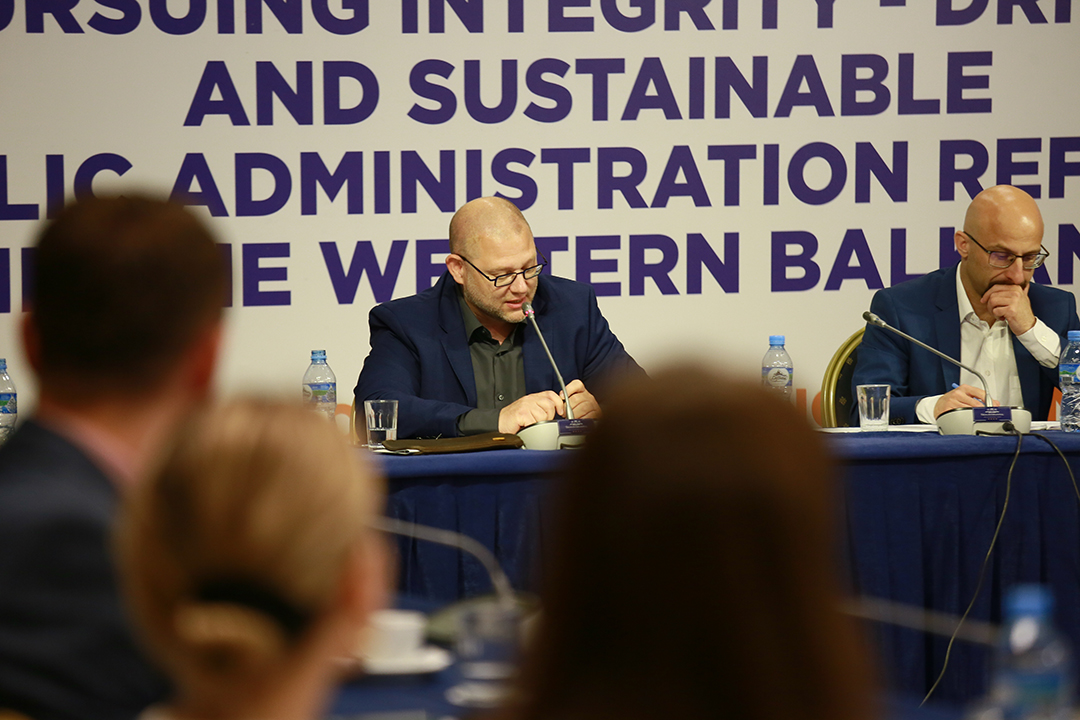 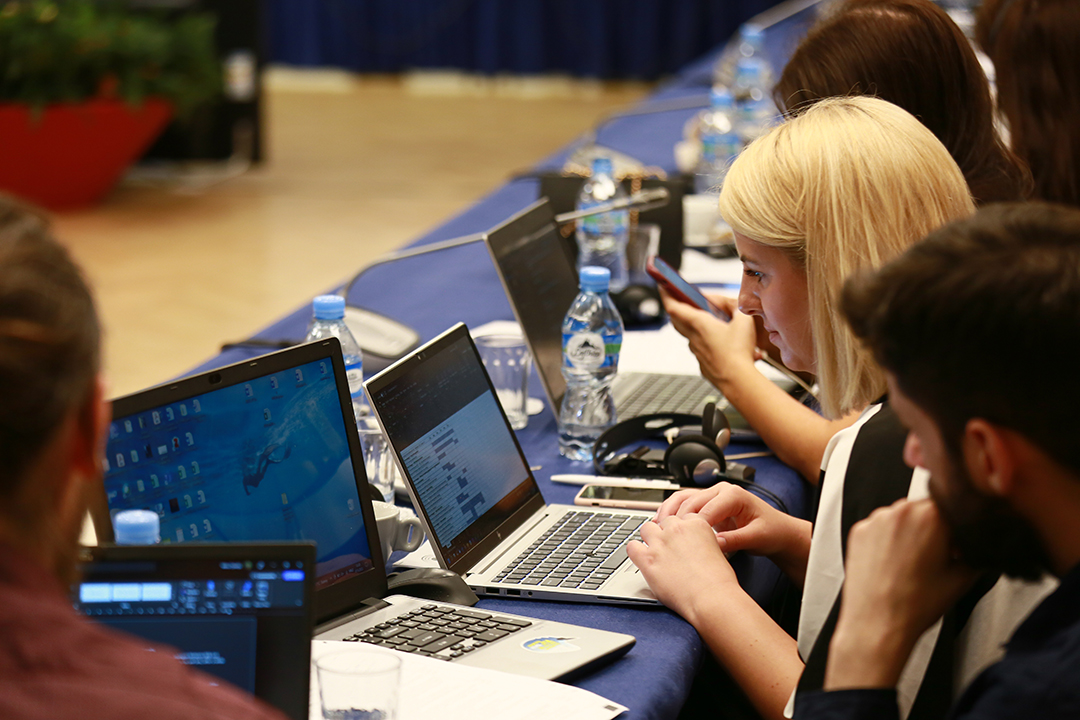 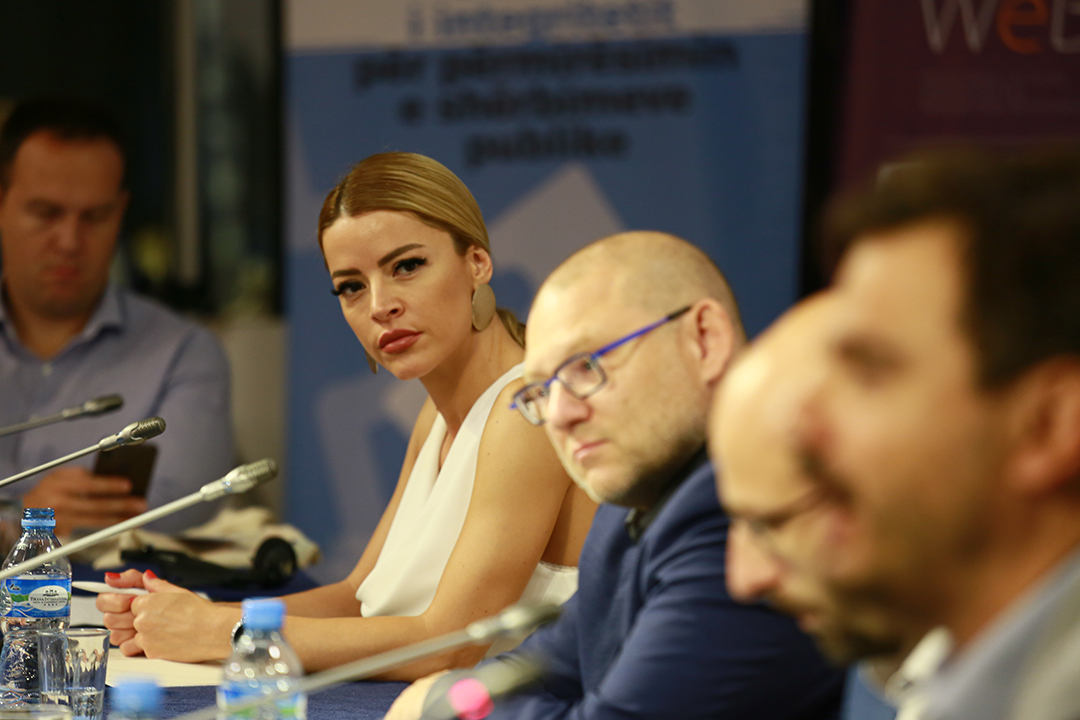 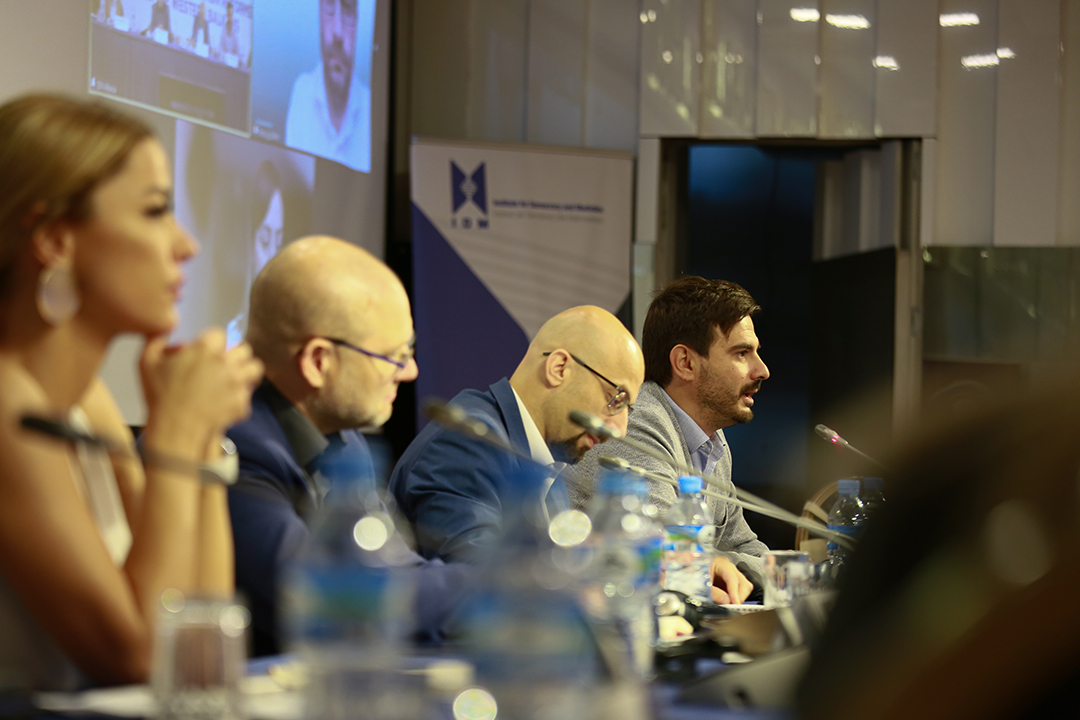 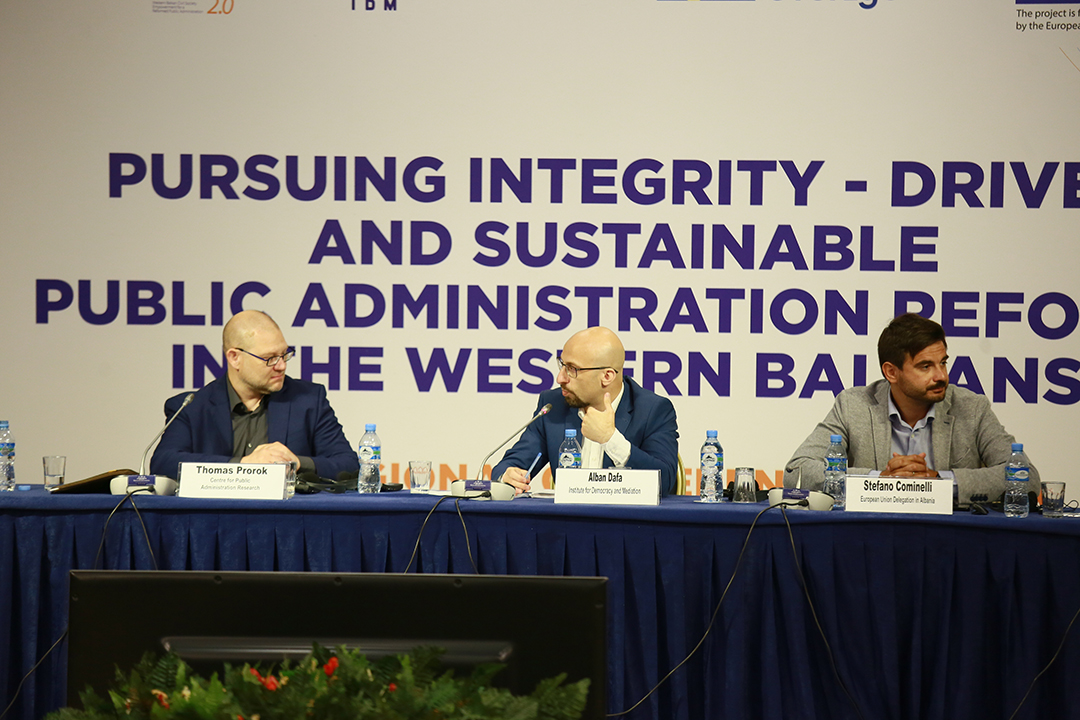 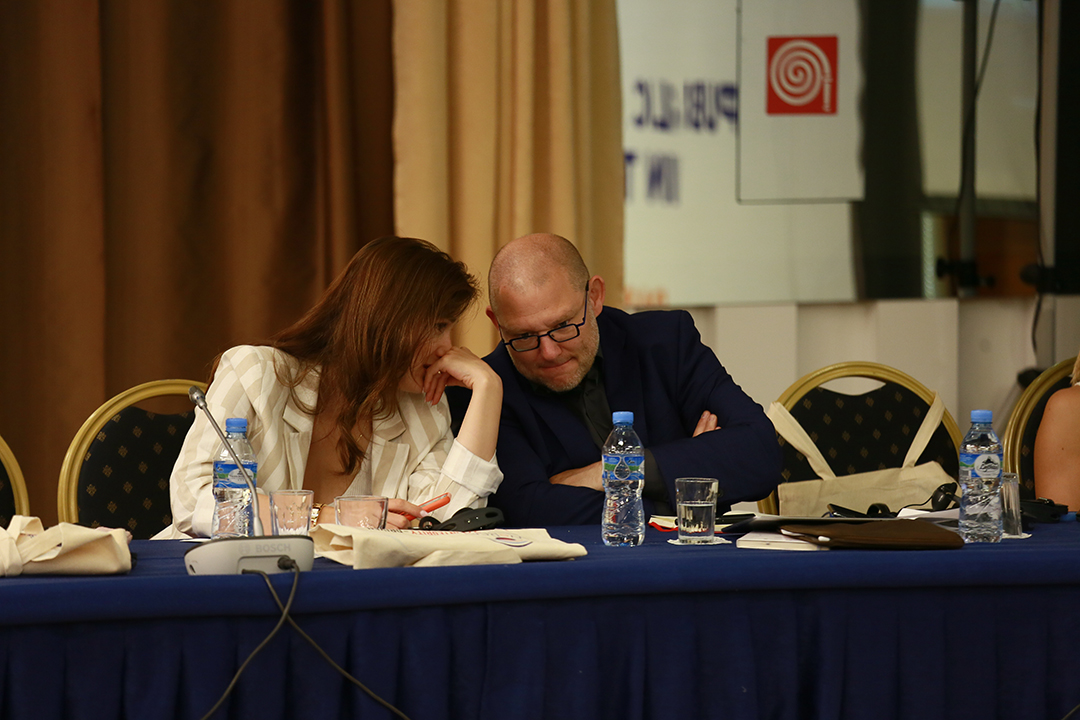 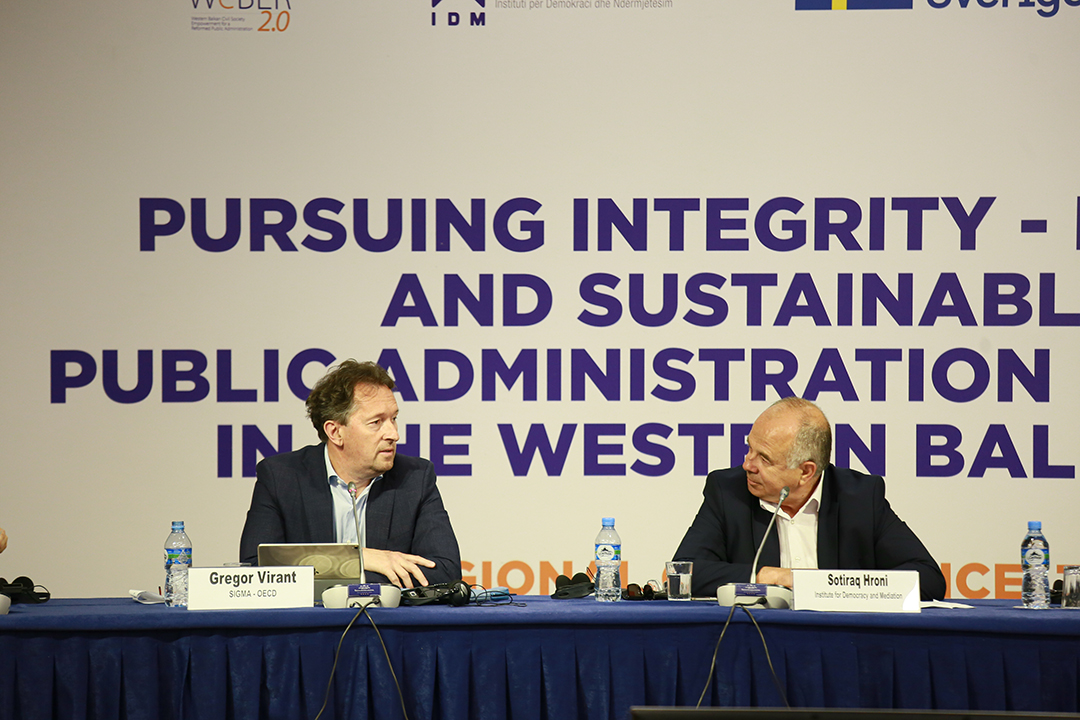 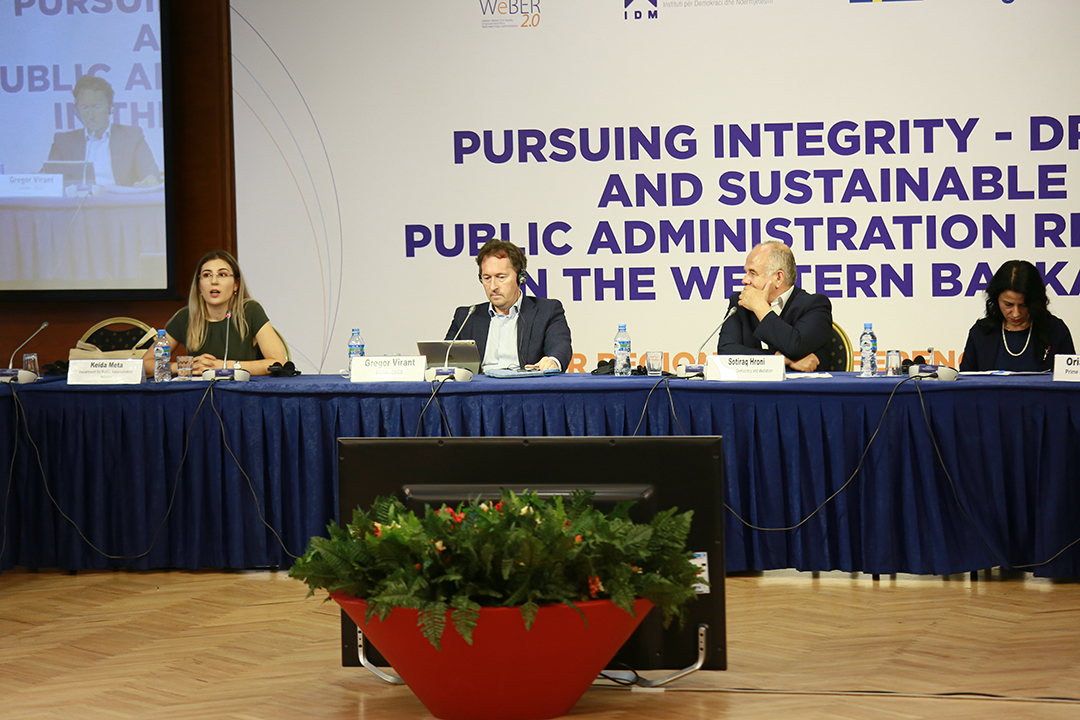 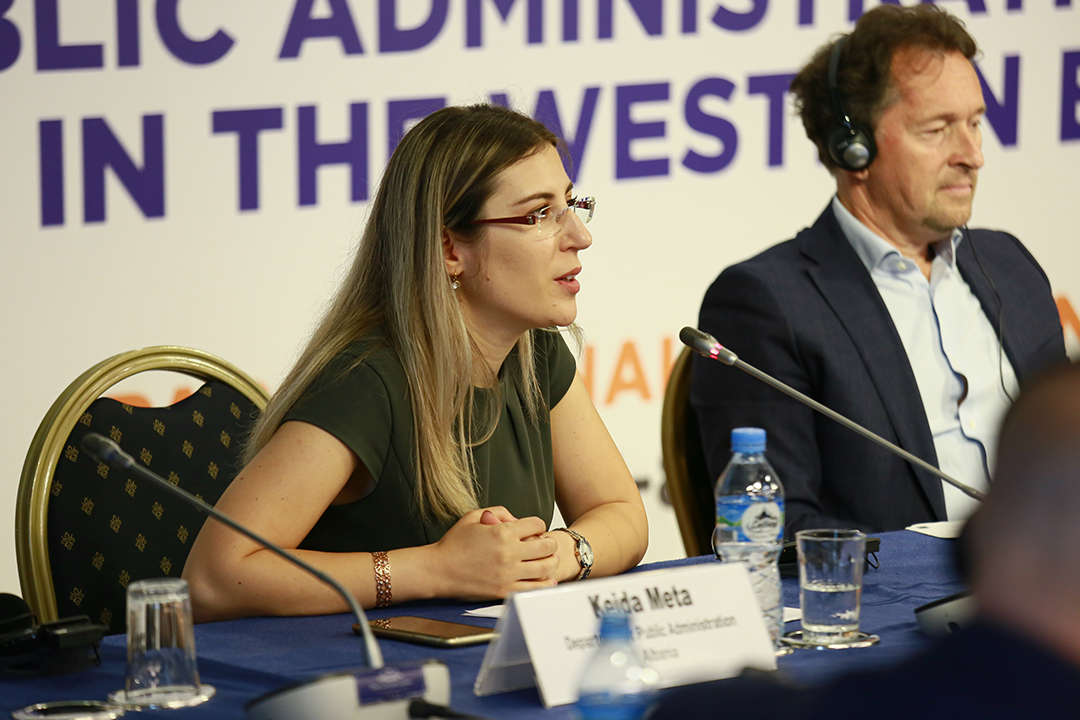 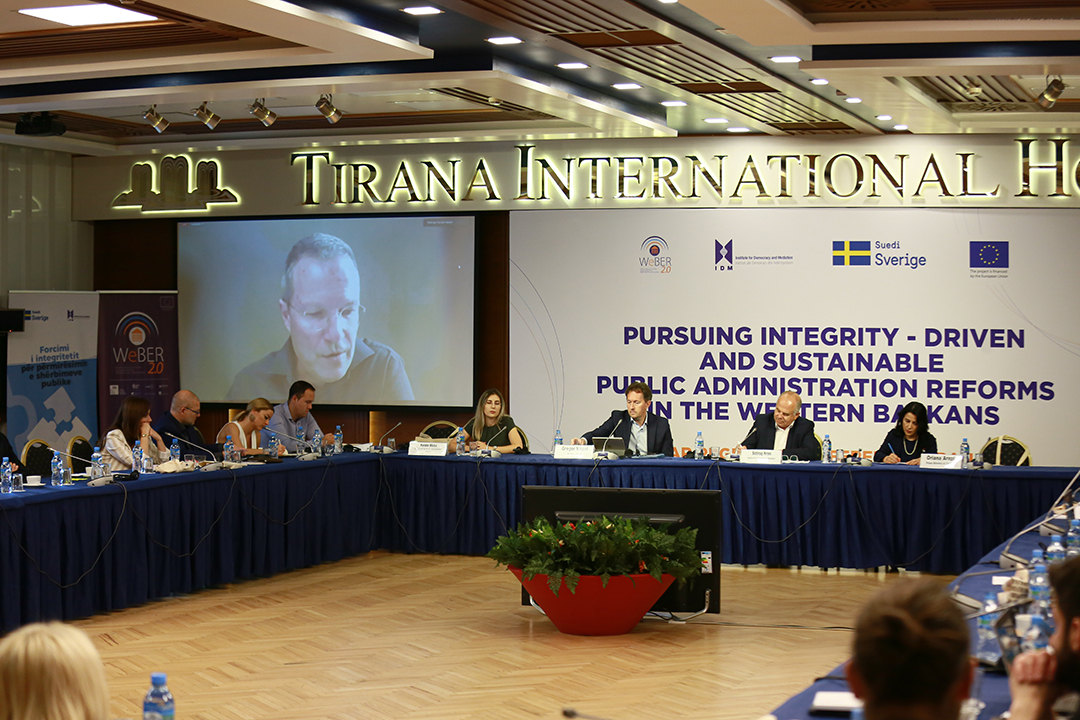 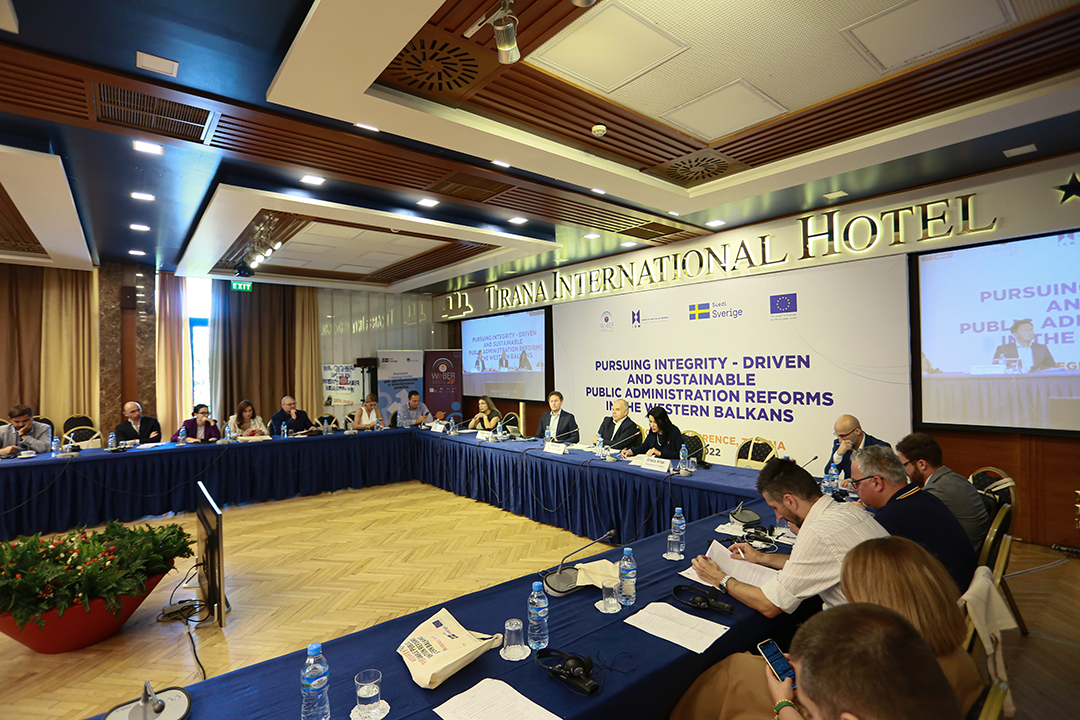 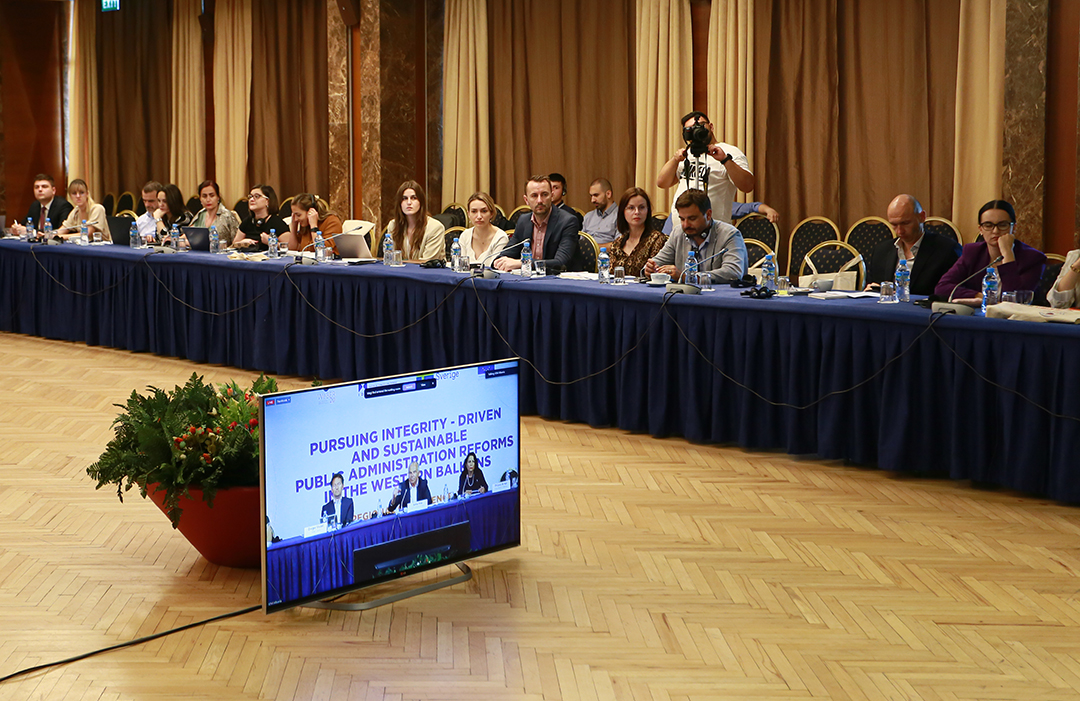 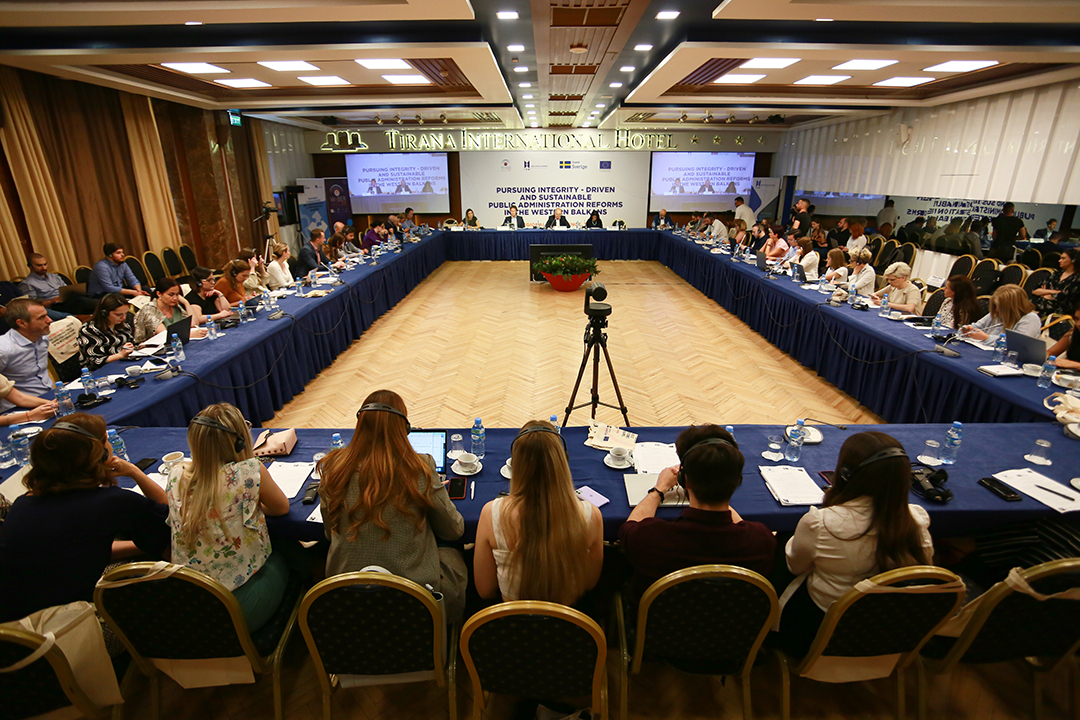 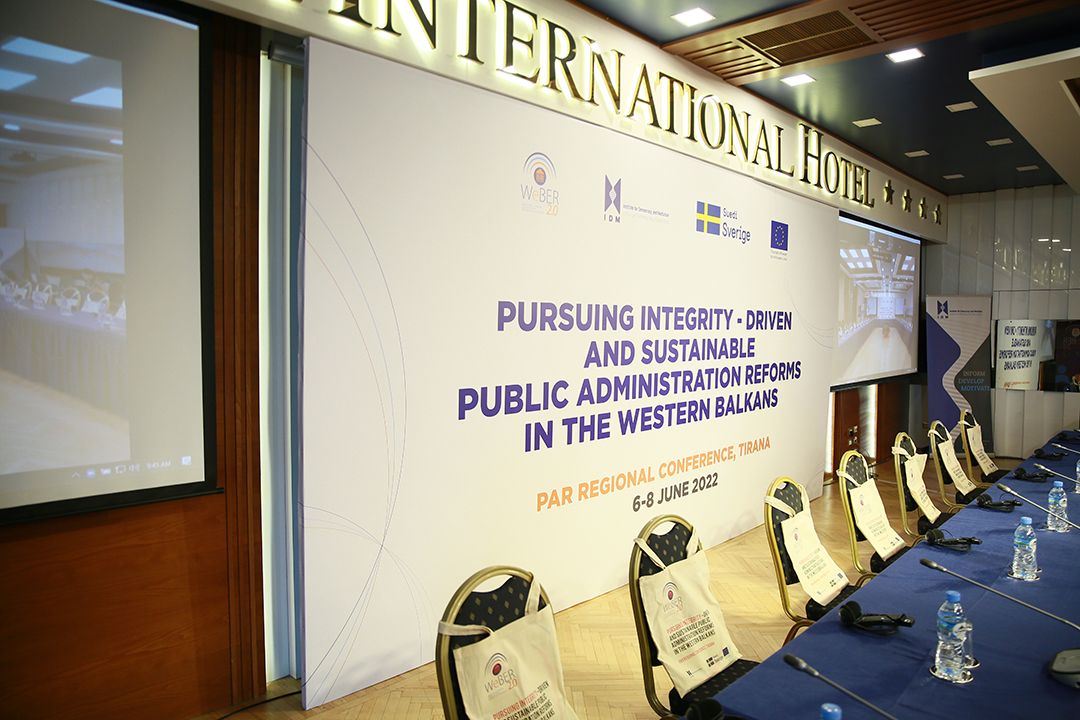 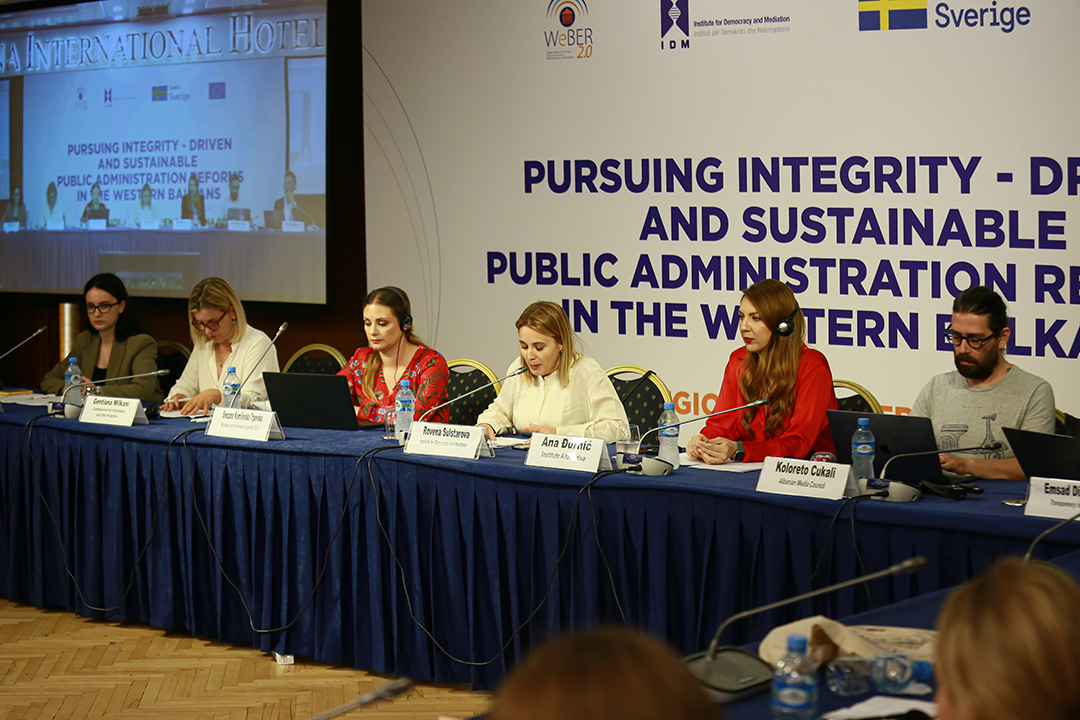 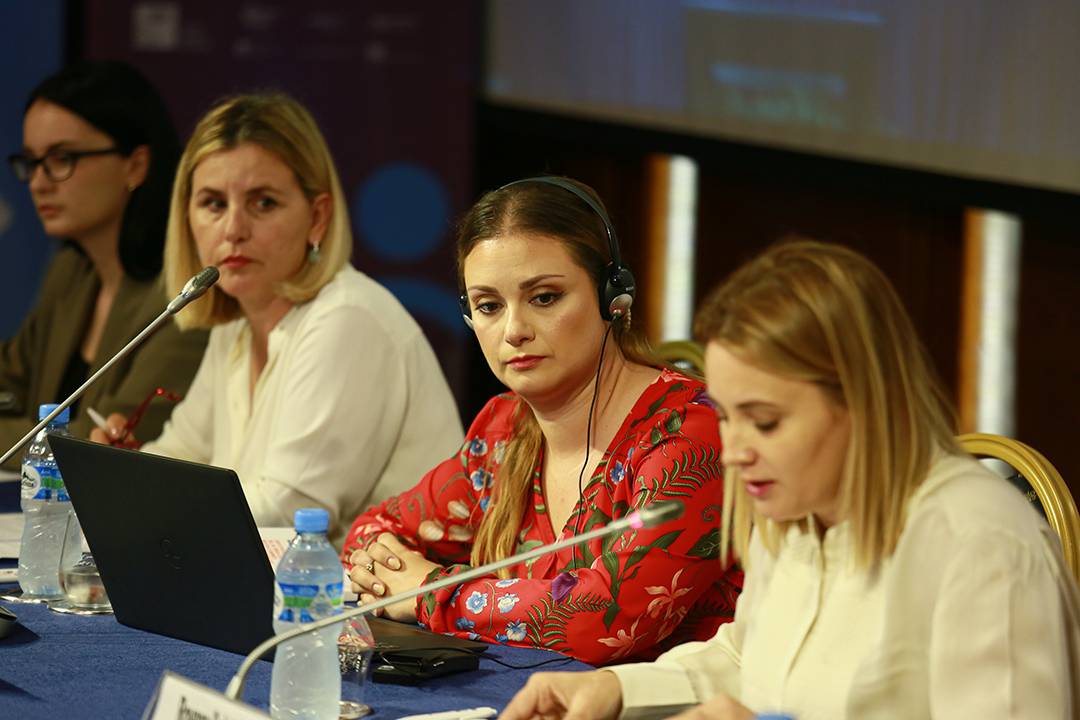 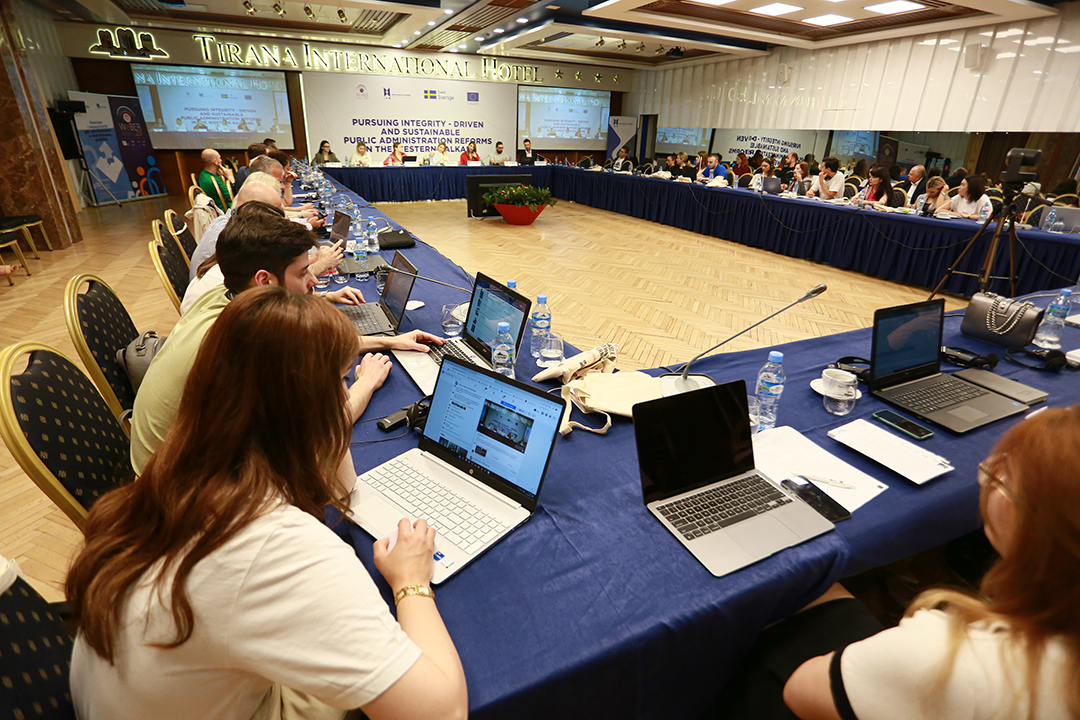 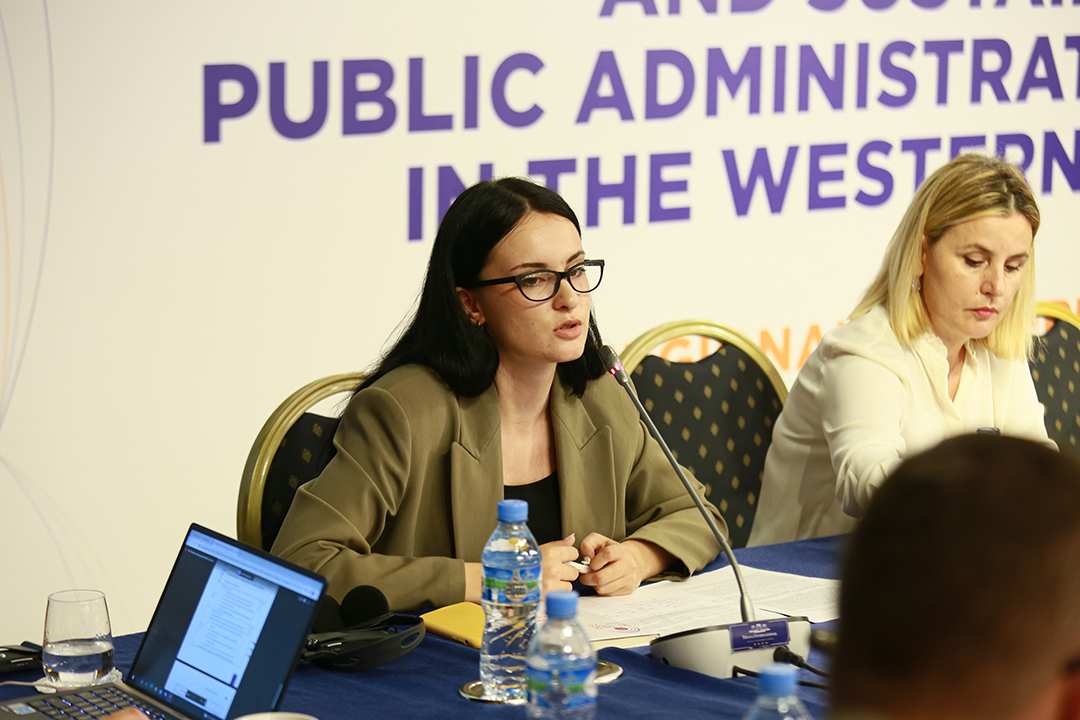 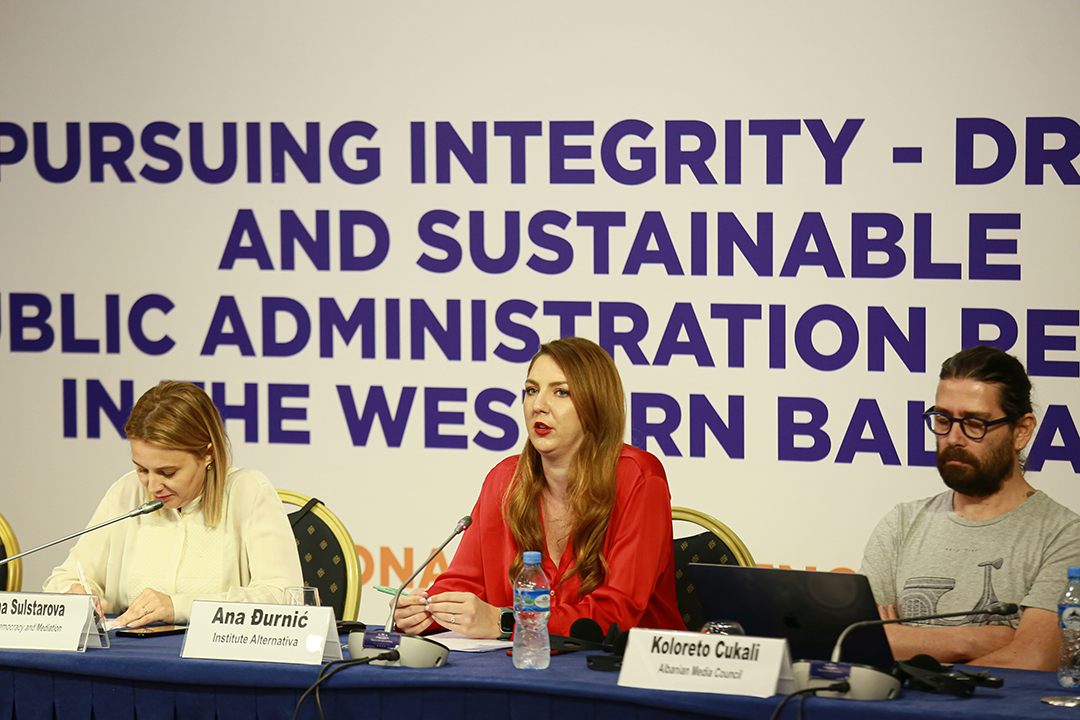 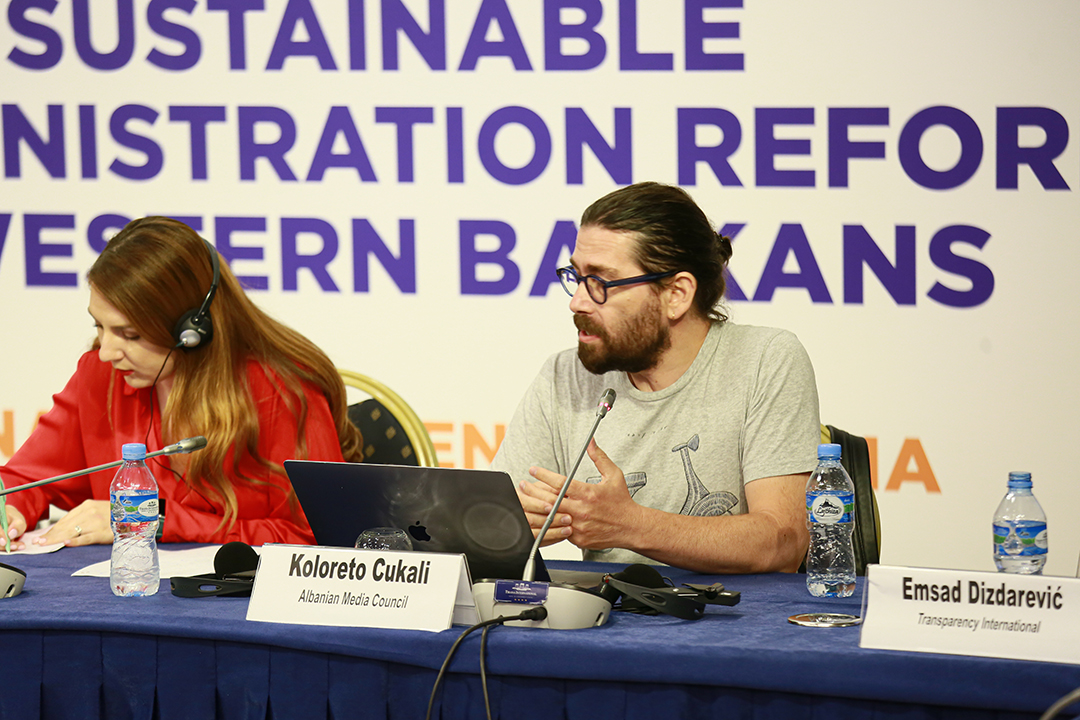 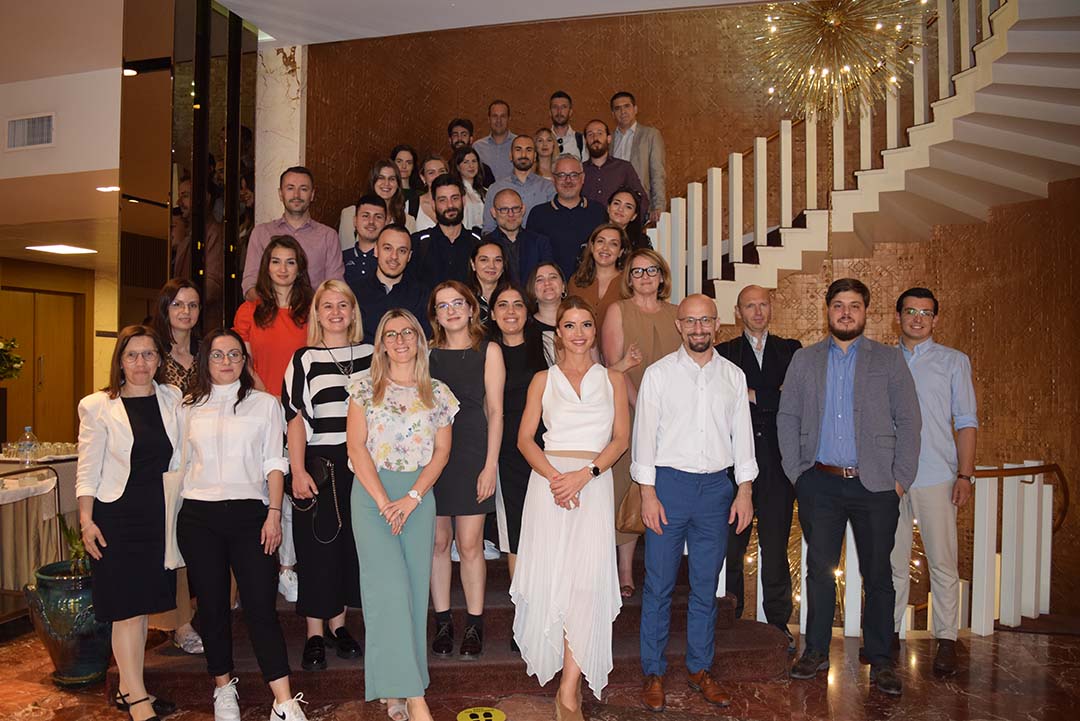 During 7 – 8 June 2022, the Institute for Democracy and Mediation organised in Tirana the two-days conference on public administration reform (PAR), institutional integrity, accountability and public trust in institutions, bringing together government officials and civil society from across the Western Balkans.

The first day of the conference was dedicated to the monitoring of the public administration reform, in particular to the piloted initiative in the monitoring of mainstreaming PAR in sectoral
policies. The conference was opened by Sotiraq Hroni, executive director of IDM Albania; followed by Oriana Arapi, General Director, Prime Ministry of Albania; Florian Hauser, DG Near from the European Commission, Gregor Virant, Head of Program, SIGMA – OECD and Keida Meta, head of sector from the Department of Public Administration.

“Governments need to have professional people working in the civil service, and they need to make sure that the career of a civil servant is attractive to people,” said Florian Hauser. “If we don’t deliver, if we don’t provide service to citizens and businesses, then we are not relevant anymore. The better the public administration works – the more developed that country will be”, he added.

Public officials from Albania highlighted that the digitization of services was the top priority of the Albanian government and that they achieved progress in that direction.

Participants talked about the danger of associating the public administration reform with the EU integration process and agreed that the main driver of reforms should be citizens’ needs for a functional and professional public administration with integrity. PAR reforms should be domestically driven and in this regard, the sectoral implementation of PAR on various policy sectors is of utmost importance to better public service delivery.

The second day of the conference was dedicated to the public administration integrity building. The conference was opened by Gjergji Vurmo, Program Director, IDM, Albania; Adea Pirdeni, Deputy Minister of Justice in Albania and Petra Burcher, DCM, Head of Development Cooperation, Embassy of Sweden in Albania.

Adea Pirdeni said how the government, by enabling the digitization of public services, managed to eliminate petty corruption, while Petra Burcher highlighted that the integrity builds trust, and trust is the core basis of a well-functioning state.

Experts in the panel shared their experiences from the implementation of the Integrity Risk Assessment methodology in the central public institutions of Albania. They focussed on the necessity of having integrity plans and ethics code in the public administration institutions and on the importance of paying more attention to the administrative leadership, rather than to the political leadership in state institutions, to achieve better results.

Representatives of civil society organizations from the region talked about their own experiences and perspectives on integrity building in the public administrations of the Western Balkans, its challenges and the active role that civil society has been playing in this essential process.

Presentation of Monitoring Report regarding the Action Plan against Corruption