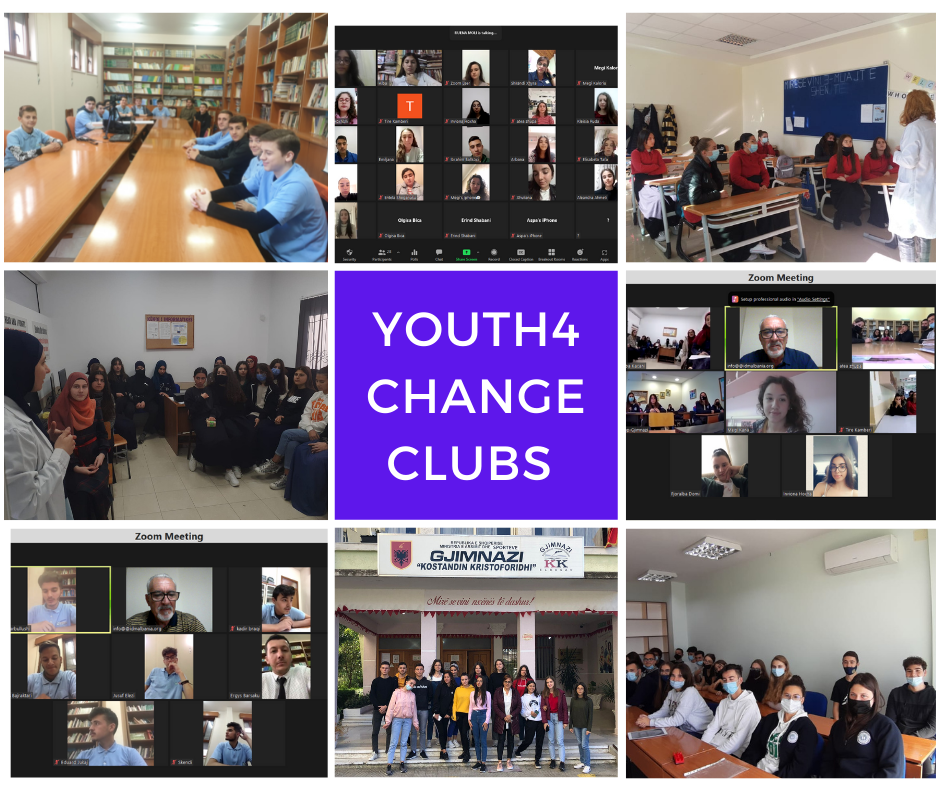 During October and November 2021 the project ‘Engaging communities in civic education in Albania’ has successfully set up ‘Youth4Change’ clubs with students from six religious community and public high schools who will work together to tackle different problems in their communities and come up with proposals for their solution. The list of schools engaged in the project this year includes:

In conclusion of the first phase of the project, ‘Youth4Change’ in all schools clubs have consensually agreed on the problems they will address. In their joint project this year the students of the ‘Youth4Change’ clubs in “Liria” Meddresse of the Muslim community, Elbasan, and those of “Kostandin Kristoforidhi” public high school, Elbasan will work together with “Blackmail and hate language among youth in social media’

In the opening event organized via Zoom on 23 November, all ‘Youth4Change’ club members from all schools got together to share the reasons for the problems they have chosen to address, provide arguments and evidence to support their choices, and discuss the future steps.

Monitoring Report: On the activity of the Parliamentary Committee of European Integration