IDM Participates in and Contributes to Belgrade Security Forum

It has turned to become a tradition now, the participation and contribution of IDM to the Belgrade Security Forum (BSF). It was the fourth BSF this year, which was held from 30 Sep – 2 Oct and focused mostly on specific security issues emerging from the recent developments in Ukraine and Levant. Some of the most prominent speakers were Mr. Alexander Vucic, Prime Minister of Serbia, Mr. Giuliano Amato (former Prime Minister of Italy) Mr. Franco Frattini (former Italian Minister of Foreign Affairs) etc. IDM contributed in this event, in a special side panel, by presenting some key findings and recommendations of the study on the “Albanian civilian capacities, available for peace operations in post-conflict countries”. The study, part of a regional project, aimed at mapping these capacities in some Western Balkan countries and supported by the the Royal Norwegian Ministry of Foreign Affairs. Mr. Foto Duro, IDM researcher and author of this study, in his presentation, highlighted that Albania has benefited from the external support in developing its own capacities for some core government functions; now it can (and should) contribute with these capacities in peace missions abroad; despite still some difficulties (mostly related to the lack of experience and limited resources) there are factors which favor this contribution from Albania; due to some specificities, this contribution seems more appropriate towards building/consolidating these capacities in Kosovo.

For more information about the fourth BSF, please refer to the link: www.belgradeforum.org 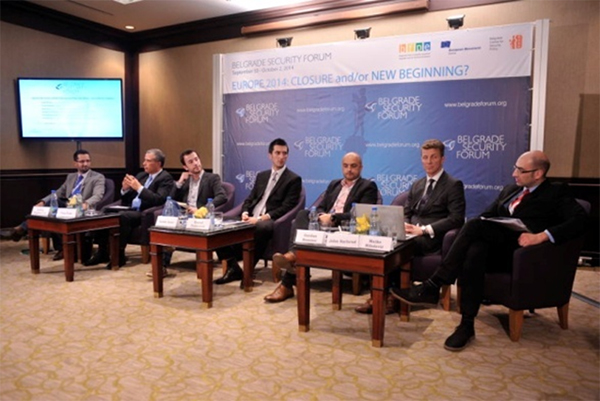