Conference: “Improving parliamentary capacities for better governance of the security sector in Albania”

In Albania operate seven intelligence services. Only two of them, the State Informative Service and Defence and Security Intelligence Agency have relevant organic laws. Five other intelligence services need a comprehensive legal support, whereas they continue to lack parliamentary oversight and control role.

The issues concerning the Security Sector in Albania, especially parliamentary oversight and control, was the object that gathered today, MPs (members of the Parliamentary Security Committee) representatives of the diplomatic corps accredited in Tirana, representatives of security institutions in the country, civil society and analysts at a conference organized by the Institute for Democracy and Mediation in Tirana, in cooperation with the Albanian Assembly.

According to the report presented on behalf of the Institute for Democracy and Mediation by Mr. Foto Duro, it turns out that while the State Intelligence Service and the one within the defense sector, have been occasionally under the oversight of the parliament (although there is room for improvement) for five other intelligence services, which are set up and operate in the Ministry of Interior, Justice and Finance, the legal basis is scarce, whereas parliamentary control  is lacking completely. These circumstances, unlike democratic practices of Western countries, leave room for abuse of their power and violation of citizens’ rights.

The speakers at the conference, Mr. Edmond Spaho, Vice-Speaker of the Albanian Parliament, Mr. Spartak Braho, Chairman of the Parliamentary Committee on National Security, MPs of the two sides (opposition and majority) shared the same opinion on the legal framework shortcomings related to the regulation of the functioning of the security institutions, especially with regard to how the Parliament can exert its oversight role over them. Mr. Edmond Spaho highlighted the need for unified rules for exercising this control, regardless of the specifics of each institution, where the protection of sensitive national security information is taken into consideration. Mr. Braho, on the other hand, supported the main findings of the report and especially the fact that despite the difficulty that technically presents the financial control of security institutions, the parliamentary control will remain incomplete without this part. At the end of the meeting, the Chairman of the Security Committee, Mr. Spartak Braho, announced the decision to launch the procedures to review and approve the new law on intelligence services in Albania at the beginning of next week, as well as a number of other steps to strengthen control over the security sector more broadly (including all security institutions in the country) and in depth (exerting over them, along with overall control, the economic and financial control as well, including the procurement of sensitive equipment). It is important to point out will expressed by the majority, that in the new law the chair of the subcommittee on intelligence oversight will be appointed by the opposition, something rather unusual in the Albanian practice when it comes to sensitive issues such as oversight and control of the intelligence services. 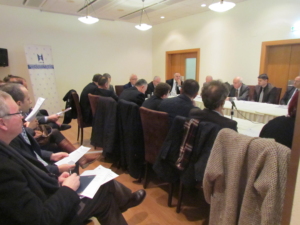 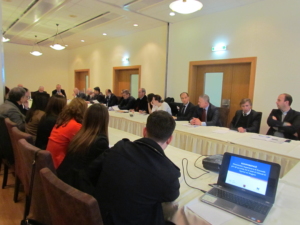 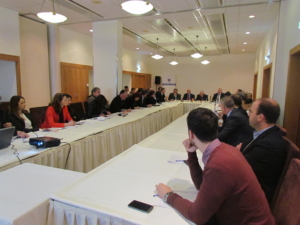 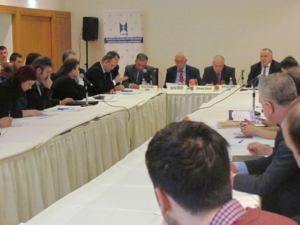