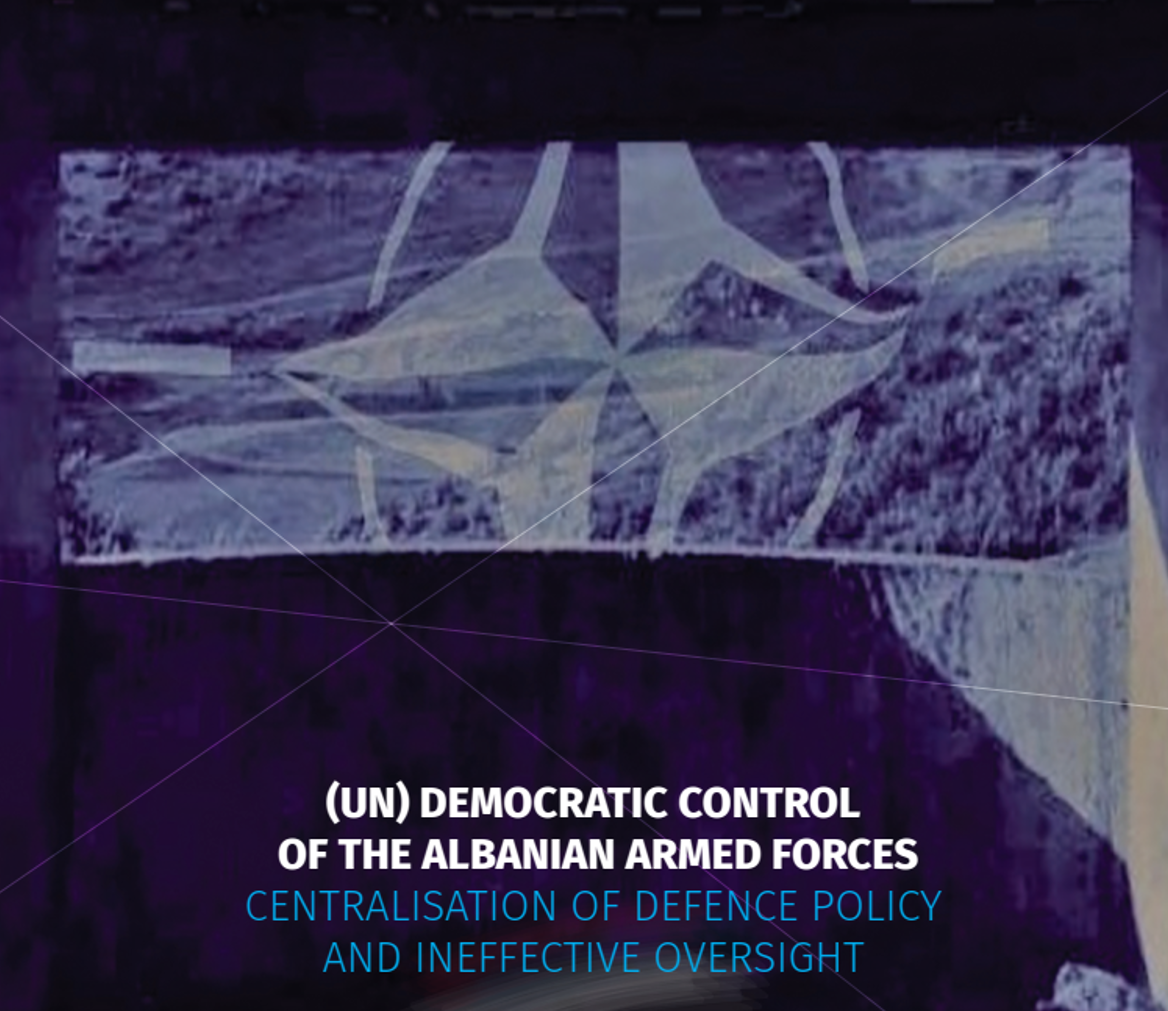 May 2021 – The democratic control of the armed forces is a fundamental principle to ensure not only that the military does not interfere in domestic politics but also to prevent its misuse by the civilian leadership in domestic power struggles or through executive decision-making processes that bypass the legislature. The principle thus requires that institutional checks and balances and clear lines of command and control are established to ensure that the military and defence policy are accountable and serve the national interest.

This study explores the development of political (civil) – military relations in Albania, outlines the post-Communist challenges to reform these relations, assesses the impact of NATO-accession reforms on the democratic control of the Albanian Armed Forces, and examines the current challenges of the oversight architecture. Through this approach, the study sets the background of the institutional norms of defence policymaking that were shaped under Communism to examine the impact of democratic control norms that entered the Albanian institutional space after the fall of Communism and particularly with the country’s NATO accession path. The report thus posits that democratic control norms are not statically transplanted into a blank slate, rather they enter into a dynamic process of negotiation with existing local norms. The discussion and findings of the study are divided into four parts.

The first part outlines the development of political (civil) – military relations under Communism to identify institutional trends and norms that have shaped the nature of the relationship between the political and military leadership in defence policymaking. The second part examines the initial post-Communist defence reforms (1991-1995) and their impact. The third part examines NATO-related defence reforms. It focuses on the integration of the principle of the democratic control of the armed forces in the drafting process of key NATO-accession reform measures. The fourth part discusses the current challenges of defence oversight.