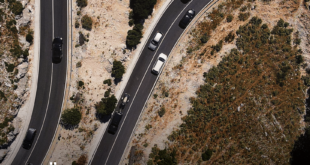 Deconstructing State Capture in Albania: An Examination of Grand Corruption Cases and Tailor-Made Laws from 2008 to 2020

March 2021 – The existence of state capture in Albania has long been denied despite strong calls by civil society and independent media to examine what many perceived as clear signs of the phenomenon in the country. Until the European Commission (EC) reported that “several countries in the region continue to show clear symptoms and various degrees of state capture”, the phenomenon was considered an inflated story and an urban legend. In fact, fears of the capture of the judiciary by powerful individuals and corrupt politicians was what motivated the comprehensive reform of Albania’s justice system. However, it is only in recent years that “capture tendencies” have been evidenced beyond the judiciary.

This report and its accompanying databases of grand corruption cases and tailor-made laws represent an important milestone in evidencing the phenomenon of state capture, whereby powerful individuals, institutions, companies or groups within or outside a country conspire to shape a nation’s policies, legal environment and economy to benefit their own private interests at the expense of the public.

The report presents the processes through which public officials, the private sector and the judiciary shape the network that enables state capture in Albania. The findings and conclusions are primarily based on the grand corruption cases and tailor-made laws in the database, but they also draw on rule-of-law assessments from international organisations and domestic anti-corruption and investigative reports.

Whistleblowers protection in Albania: An assessment of the legislation and practice

Handbook: On civic monitoring of transparency and accountability of local self-government units