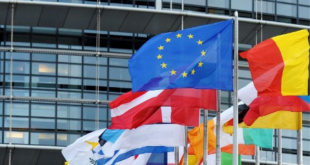 The European Commission has made the progress of enlargement more measurable for the countries of the western Balkans through an improved assessment methodology in place since 2015. But has that made the process more predictable? The paper analyses the pace of accession and EU’s transformative power through the data of Commission’s reports.

The author argues that western Balkan political elites not only choose which areas to progress, but also decide how fast, if at all, to perform. Particularly the frontrunners are “resisting progress” in “Fundamentals” while Albania and North Macedonia seem more eager to catch up. The paper concludes that enlargement players must address the slow pace of accession and its impaired transformative power. Reinforcing political determination and interest by the EU in this context is essential to prevent political elites in the region to pick and choose areas of progress.

Building of a national perspective on crime prevention

Conference: “EU integration process and the perspective of Albanian – Serbian